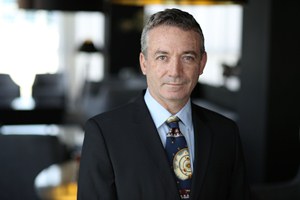 The Internet of Things is moving from infancy to maturity and from limited implementation to large scale, enterprise-wide adoption. It is reaching a tipping point where ‘things’ need to incorporate intelligence and control as well as connectivity.

For example, initially, ‘Things’ like credit card readers were not connected. They were then connected via landline, then by Wi-Fi and finally by cellular. At each stage it was recognised that powerful centralised business and information systems could deliver more value by gaining more immediate access to the remote edge devices. Solution development was driven from the center to the devices at the edge.

In the next generation of IoT, we see this being reversed. With the possible exception of perishable consumable goods, virtually all manufactured products have the potential to be enhanced by connecting them to the digital environment or, for many use cases, to each other.

So, the direction of solution development will be from the edge of capable individual products or clusters of devices inwards towards the end user at the center. Devices will communicate with each other, in some cases, as much or more than with a central cloud.

This ubiquity of highly connectable things will open up new, different business models which will take advantage of the fact that delivering and analysing data, sensing, actuating, and undertaking other edge functionality can all be provisioned on the fly and at the will of the service infrastructure needing it. The computing model this uses is similar to the evolving multi-tenant cloud paradigm where the “thing” resources are self-identified by the “things” themselves and are then provisioned and allocated to the service dynamically on an “as-needed” basis.

In order for this model to scale to the three million-plus provisioning per day by 2023 on cellular connections alone, both data as well as control planes need to reach the computing edge. Furthermore, next gen IoT devices must also incorporate key functionality such as security, provisioning, and capability management as well as connectivity. These complexities need to be virtualised to the point they essentially reach a zero-touch state.

We believe the point of connection will need to reside deep within the ‘thing’ itself. And to keep the cost of implementation down, it may be best for connection-readiness to be built into the ‘thing’ at the point of manufacturing, in the same way that built-in Wi-Fi is taken for granted the PC market.

Future devices should all have this ‘ready to connect’ capability right out of the box, integrated on the assembly line. To accomplish this requires next gen edge solutions to have software for management, connectivity and control fully integrated within the hardware itself.

One of the key differentiators between 5G and earlier generations of cellular technology will be its ability to scale the loT. With 5G the mobile network will be a key enabler for ‘things’ to be able to communicate with each other and not just centrally to the cloud or an operations centre. And whether that is for Smart Cities, for autonomous vehicles, robotics or for the industrial internet of things that will revolutionise the manufacturing sector, we believe ‘ready to connect’ capability can be the beating heart at the centre of any innovative solution.

The author of this blog is Alon Segal, SVP Software & Services, Telit