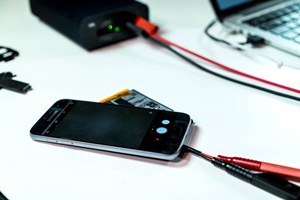 Smart homes are already becoming the norm. Perhaps the most well-known form of IoT (Internet of Things), technology can automate routine tasks like ordering shopping via an Amazon Dash button to offering greater security through home cams and smart doorbells.

But IoT uses far exceed consumer devices, says Vanja Plicanic Samuelsson, founder and CEO of Qoitech. Diversity in devices and applications are vast and wide-spanning enough that IoT can be applied to every industry and sector, be it consumer, corporate or industrial.

Agricultural, industrial and field-research applications are likely to benefit the most as tracking and monitoring everything from weather conditions, animal eating habits, and machine failure predictions is made easier.

In agriculture, leveraging smart tech to monitor weather and moisture means that efforts can be optimised by making more precise, controlled and informed decisions. Farmers use sensors, automated hardware, and variable rate technology, alongside other tech, to probe soil for variability, optimise water efficiency, and ultimately improve yields.

For example, companies like Sodaq, who have developed a tag for livestock to monitor where the cows are, and Herd Dogg, who tag livestock to measure health factors such as body temperature and where they are in the reproductive cycle, are already changing this space. This technology is extremely helpful in monitoring endangered animals or those in preservation areas.

Things aren’t so dissimilar in an industrial setting. Making your factory smart doesn’t mean getting all new equipment but enhancing the tech you have. Manufacturing companies have been integrating sensors onto existing machinery, often in hard to reach areas, for a while now. This means they are able to estimate potential failures and machine maintenance, which are costly tasks previously undertaken by engineers.

The ability to continuously collect meaningful data enables businesses to increase competitiveness, sustainability and life cycle of their products. Though these real-life use cases may appear to have nothing in common than the application of IoT itself, they do share the same concerns.

Battery life is currently one of the biggest hurdles for IoT

In each of the aforementioned examples, technology must feed data back to the central system in real time or risk negative repercussions. If a sensor’s battery dies, for example, a farmer may lose their harvest, a machine failure may halt production for a day, or researchers may miss a rare scene in nature. If battery life is unreliable and short, then IoT applications will be rendered useless, causing greater disruption rather than making lives easier as intended.

On a consumer front, most device batteries rely on mains power and daily recharges. This is mildly inconvenient. But for those who implement IoT strategies at the core of their business, inefficient power consumption becomes problematic.

Life-span of IoT sensors varies widely: some last three years, others 10, with the former being the most realistic. When organisations have to deploy engineers to fit new batteries in sensors and employ staff to monitor them, the benefits of the technology itself begin to deplete.

Without clear benefits and a reduction in operational costs, there are few incentives for companies to adopt the new technology. After all, implementing solution-based technology that just creates another problem is not an effective solution at all.

How far away is a solution?

There has been some movement in battery development in recent years, which may offer a solution. These include lithium-sulphur batteries, sodium-ion, and aluminium batteries. Different materials have the potential to disrupt the market, but optimising a battery’s life is just as crucial as having a good battery.

IoT manufacturers should tackle the problem head-on by analysing code and hardware during product development, ensuring that engineers work together to avoid power-hungry designs. The problem with this, however, is that legacy oscilloscopes are bulky, inaccessible and require specialist training to navigate. The problem has already been identified by key industry players. The 2018 Elekra Awards, organised by Electronics Weekly, shortlisted five products that are reimagining legacy power tools.

By increasing both the life span and reliability of a product, modern power analysers will likely help the IoT market thrive again. More accurate readings combined with a design that is optimised for maximum efficiency, which includes both software and hardware, the benefits to agriculture, field research and industrial settings will once again be clear.

The author is Vanja Plicanic Samuelsson, founder and CEO of Qoitech.