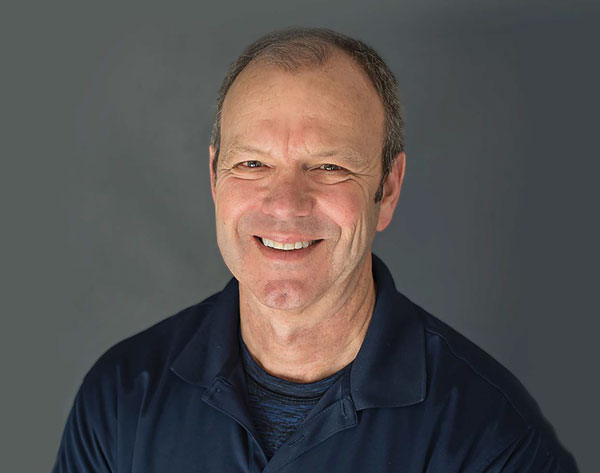 George Mulhern is CEO and chairman of the board at Cradlepoint, a provider of cloud-delivered LTE network solutions for business, service providers and government organisations that was established in 2006. More than 25,000 customers worldwide in retail, financial services, healthcare, transportation, public sector and other industries, rely on Cradlepoint to keep their branch and mobile networks, and their IoT devices, always connected. The company is expanding into the 5G market by providing a pathway to the technology with services that help enterprises seamlessly transition to 5G. With its Elastic Edge vision, Cradlepoint is delivering the blueprint for next-generation, software-defined edge networks built on pervasive and reliable 4G and 5G wireless services.

Mulhern joined the company in 2011, following a 20-year career at Hewlett Packard in which he had responsibility for hardware, software and services businesses that ranged in size from several million dollars to multi-billions of dollars of annual revenue. More recently, Mulhern was a general partner with Highway 12 Ventures, a Boise-based venture capital fund that served as a catalyst for entrepreneurs and startups to help drive economic growth in the Northwest region.

IoT Now: What do you see as the greatest challenges facing the further development of IoT? The consensus is that there’s tremendous value to exploit, but early deployments are being viewed as unsuccessful. So, what has gone wrong?

George Mulhern: There is no denying IoT has the potential to create incredible value for all businesses and their customers. It is also true that, to date, many of the IoT deployments or initiatives have met with mixed results. Cisco surveyed a broad set of customers in 2017 and found that 74% of the surveyed companies considered their IoT deployments and initiatives unsuccessful.

There are a number of contributing factors to this, but in our experience, one of the key stumbling blocks has been when the IT organisation and the operations team are not partnering on the planning and deployment of the IoT solution. Often the operation team’s sense of urgency to get a solution up and running doesn’t match the IT organisation’s ability to react and support the initiative. As a result, the operational teams will bypass IT in order to get a solution to market sooner. More often than not, this results in a situation where security models and overall system performance haven’t been thoroughly thought through.

IoT Now: Can you give an example of an unsuccessful pilot and expand upon what could have been done differently to ensure success?

GM: We were recently working with a company that provides residential solar energy solutions. The IT team had approached us to help them build a secure network that they could use to monitor usage and performance of their solar installations on the customer premises. IT was not the group that would be monitoring and consuming the data supplied by this IoT application, but they wanted to ensure the network would be secure and meet the performance needs of the operations team that would manage the application.

The operations team wasn’t sold on the time it would take or the expense of the project. Consequently, they decided they would piggyback their sensor solution on the homeowner’s Wi-Fi. The result was a network that had completely unpredictable uptime, was full of security holes and that was ultimately scrapped. In the end, they had to go back to the drawing board and start rebuilding their plan.

IoT Now: How important is it that companies seek out solutions that can serve both IT and operation teams? How can the different skills and needs of each be brought together so IT and the business work in harmony?

GM: We believe it is critically important the two teams are in harmony on IoT projects. Ultimately the IoT network needs to become an integral part of the company’s information systems. The operations team needs easy access to the applications and information being delivered by the IoT project. The IT organisation is responsible for delivering a cost-effective, secure and scalable network to support the various IoT initiatives.

This is a system that will need to support both edge and cloud compute capabilities, so IT will need to be able to respond with more agility to the demands of the operations team. That agility comes from moving to more software-defined and cloud-orchestrated architectures, and, of course, wireless will always be more agile and flexible to deploy than any wired solutions. 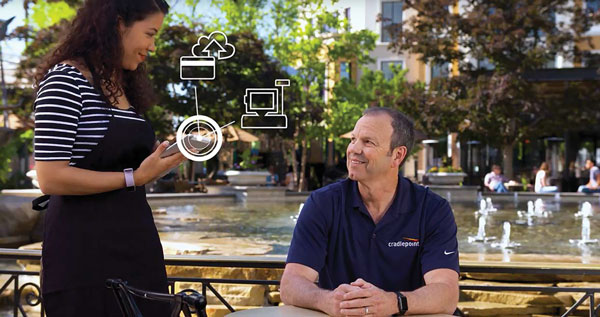 IoT Now: To what extent is the ghettoisation of IoT into isolated or contained trial and pilot projects hampering market development? How can IoT projects be made an extension of the existing enterprise rather than an adjunct to it?

GM: The ultimate success and value of IoT in the enterprise will depend on the organisation’s ability to collect, analyse and act on the data provided. At some point, the number of isolated IoT implementations starts to work against a company’s ability to both support all of those isolated networks and also to integrate, analyse and act on the information coming from them. In order to support the widespread deployment of IoT, it must become an integrated part of the overall enterprise network architecture. There is work to do on the IT side to evolve what has historically been a manual, command linedriven, relatively static network architecture into something that is much more agile when it comes to meeting the ever-changing needs of the business. The wide area network was historically built around the needs of a branch office, with the company’s applications being resident in their own data centre. Obviously, that does not work as we move from connecting hundreds to maybe thousands of branch offices — to a world of hundreds of thousands or millions of connections involving not just branches, but also people, places and things such as cameras, sensors, vehicles and temporary locations.

We talk about this in terms of the need for a more Elastic Edge — a network architecture that is much more agile and capable of adapting to this new world of IoT.

IoT Now: What three attributes do you see as fundamental for achieving enterprise-ready IoT solutions?

GM: Three that have to be at the top of the list are security, scalability and manageability.

The security model that worked for connecting branch offices to the data centre will not meet the needs of IoT applications. There will be a significantly larger attack surface, and most of the processing work will be done at either the edge of the network or in the cloud. This is going to require changes to many areas of the security model.

For example, the benefits of discovery in the old network paradigm become a serious security threat. We have seen countless cases where bad actors have entered through an IoT device and then pivoted to other areas of the network. This raises the need for “zero-trust networks” to reduce the opportunity for bad actors to discover the network and micro-segmentation to make it much more difficult for them to pivot if they do find a way on to one of the IoT networks.

The ability to prevent or at least rapidly detect and respond to threats like these is important. There are a number of companies delivering software-defined perimeter (SDP) security solutions that address many of these issues and vulnerabilities.

Obviously, the ability to handle the scale of a network that may have millions of connections or endpoints will be critical. Being able to seamlessly move from a proof of concept (PoC) to full deployment, to easily add new endpoints, to provide security at this scale, and to process terabytes of data both at the edge and in the cloud implies a level of automation and control that can only be delivered through a softwaredefined networking approach.

Finally, there is the component of manageability. These networks will be providing business critical information and insight to their users. We all recognise there is a growing shortage of available IT talent. Therefore, given their size and scope, these networks will require a level of automation and policy-driven orchestration that goes well beyond the capabilities of most enterprise networks today. Things like zero-touch deployment, the ability to easily upgrade or patch potential security vulnerabilities, and simple access to machine learning or artificial intelligence tools either at the edge or in the cloud will be paramount.

At the end of the day, anything that can be automated should be. If it can’t be automated, we should be looking for every opportunity to reduce the complexity of managing these networks.

I would be remiss if I didn’t mention the importance of wireless connectivity to the success of IoT. No one is going to want to run millions of wires to connect devices. The only way to achieve the scale and agility needed in these networks will be through wireless connectivity. At Cradlepoint, we are obviously big believers in the role that LTE and 5G will play in IoT.

IoT Now: How do you see Cradlepoint developing its IoT presence? Which areas do you see as most attractive, and what are your future plans?

GM: We are a wide-area, wireless networking company at our core. We see the need for a secure, more agile, software-defined and cloudmanaged network being critical to the long-term success of IoT. We continue to invest to this end and refer to it as the Elastic Edge.

We are a leader in LTE networking today and are actively working with some of the largest carriers in the world to help make 5G a reality in the enterprise. We are also investing in and building partnerships with key IoT application platform providers. We are going to make it easy for IT to stand up and manage an IoT network and for the operations team to get easy access to the applications and analytical engines they need to gain the value they seek.