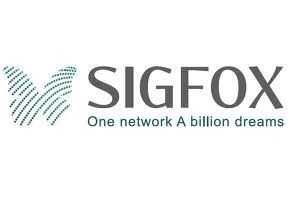 To celebrate the 8th World Radio Day, under the patronage of UNESCO, Sigfox, the IoT service provider and first global 0G network operator, has publicly released the specifications of its radio protocol for connected objects.

By putting the specification in the public domain, everyone can now create their own Sigfox object. The release of these specifications will allow open source implementations, and more opportunities for developers and manufacturers of connected objects. As soon as all the tests are done, the manufacturer will only have to register its object on the Sigfox network to benefit from it.

Sigfox expects a boom in the number of objects connected to its network as new players in the IoT space take advantage of this opportunity, with global full support from Sigfox. The Sigfox ecosystem will expand further, as they democratise the technology beyond device makers.

This move will apply to connected objects, rather than Sigfox’s base stations and infrastructure, as those are protected by patents. Until now, the specification of objects was shared under NDA upon request, while Sigfox wanted to control the number of objects applying to connect to its network.

“The opening of the specification has always been part of Sigfox’s ambition and we’re excited for the thousands of new use cases that will emerge. Our partners all over the world are looking forward to being part of this development,” says Christophe Fourtet, co-founder of Sigfox.

In the IoT market more generally, this opening is a so-called “classic” step in the establishment of a standard, like Bluetooth for example. This means that tomorrow Sigfox’s 0G network, in addition to the B2B markets already addressed to date, will also become a reference on local or more consumer-oriented use cases.

With more than 30 years of expertise in radio communication, particularly in defined by software and cognitive ones, Christophe Fourtet, is inviting the academic and research communities to seize this opportunity, for the next generation of engineers to participate in the coming evolutions of the protocol. Click here to access the specification