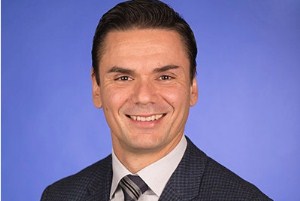 Signaling a new era in the world of multi-standard connectivity for the digital world, Alphawave IP Incorporated (“Alphawave”) is pleased to announce the delivery of its AlphaCORE 1-112Gbps multi-standard Serialiser-Deserialiser (“MSS”) Silicon IP solution to its first customers in the datacentre and networking market segments.

AlphaCORE leverages the world’s most advanced 7nm fabrication process, and represents the world’s leading 112 Gbps SerDes in terms of power, area, and performance – All while providing true multi-standard support for a wide range of datacentre standards from 1Gbps to 112Gbps.

Alphawave has been working with numerous tier one customers since mid-2017 and is pleased to have demonstrated working 7nm Silicon to these customers in less than 18 months. “I’ve been at this for nearly 20 years, and we all know that what matters in these bleeding-edge technologies is Silicon results – Period!’ said Tony Pialis, Alphawave founder and CEO.

“Tier one companies in the datacentre and networking segments have bet billion-dollar products on our IP, and they wanted to see that we had a compelling, flexible, and robust solution that works in real Silicon. The team really delivered on this, and we are pleased to be so well positioned in the market against other large US-based public industry players like Broadcom, Cadence, Rambus, and Synopsys.”

The AlphaCORE MSS IP is the world’s most power efficient and smallest area 1-112Gbps SerDes in any process technology. Based on a DSP architecture, the AlphaCORE MSS IP supports virtually all standards used in Datacentres – Ethernet, PCI-Express, CPRI, and dozens of others. It delivers leading edge performance, while being 45% smaller, and consuming 25% lower power than the most advanced competitors.

These power and area metrics are especially important for next generation customers in the Machine Learning/AI, high performance computing, 25Tbps switching, and other advanced datacentre, base station and networking applications, where power and area are the key metrics, but where performance, quality and reliability cannot be compromised.

These products include the DieCORE XSR MSS IP and the ChipCORE VSR MSS IP. The DieCORE is targeted at ultra-short-reach (XSR/USR), system-in package and board-level chip-to-chip links and supports less than 1mW/Gbps at 112 Gbps. Now that Alphawave has delivered in 7nm, the entire portfolio of Alphawave MSS IPs is also currently being targeted to advanced processes beyond 7nm.