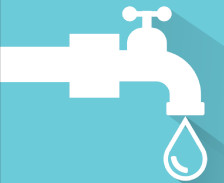 
Global Omnium manages all aspects related to the collection, treatment and distribution of drinking water in many Spanish cities in regions including Andalusia, Cantabria, La Rioja, the Basque Country, Navarra, Valencia, Catalonia, Castilla La Mancha and Castilla León and its metropolitan areas.

For this, it operates drinking water stations that are supplied by surface water from different rivers, plants such as the Presa de Manises, the Realón de Picassent, the water treatment plant of Teruel and Ull de Bou de Gandía.

Global Omnium focuses its activity on the management of the integral water cycle, developing various complementary business lines that generate the right synergies to optimise water resources – supply and sanitation, wastewater treatment, denitrification or irrigation management. In addition, it manages a network of 15,000 kilometres of pipes, guaranteeing service to more than three million people.

The operational activity of the company is therefore based on the management of hundreds of distributed assets that make up the water collection network, its transport to the purification centres and, finally, its distribution to final consumers.

The company has had sustained growth throughout its history, which has involved creating an operational organisation segmented in areas close to the assets it manages. In this way, decades ago, it became possible to manage the different systems and respond to the tasks of monitoring, control and maintenance of the entire infrastructure in a practical way.

However, once the company reached a sufficiently large business volume, the coordinated management of all these areas of operation became difficult and administrative inconsistencies were generated since the operations management is not able to supervise all the related tasks. Decisions were made independently in each delegation, different operating technologies were chosen for automation purposes and, finally, there was technological and operational isolation among the different areas that ended up operating as independent companies.

The digital transformation plan that Global Omnium designed and began to execute more than ten years ago included the need to unify all asset management systems in a single data environment. The purpose was to homogenise and centralise the supervision of the state of the infrastructure through the creation of a control centre operated by specialists.

The tool chosen for this purpose was the Industrial IoT Nexus Integra platform.

In a first phase of the implementation, the platform was deployed and approximately 70% of signals coming from the production systems were integrated into it. This integration was made starting from some of the existing supervisory control and data acquisition (SCADA) systems, so that the process was considerably agile and of low impact taking into account the complexity of the tasks. In less than a year, the system was validated and operational, already serving as a basis for monitoring and reporting production.

The next stage consisted of the creation of a work team that, based on the real-time and historical information already available in an integrated manner in Nexus Integra, founded the unified operational control centre of Global Omnium. Not only were the data integrated and their supervision allowed, but there was also the possibility of remote control of all the assets and of having the necessary models to simulate various scenarios over the network.

The third and final phase of the implementation consisted of the integration of the remaining totality of assets within it, while designing expert systems based on artificial intelligence (AI) capable of automating tasks. These systems were able to take into account not only information on the process but any source of information, coming from the internal systems of the organisation or even external sources, such as the weather forecast or the price of energy.

In this way, not only a traditional control centre was deployed, but also an actual digital twin of the entire assets network of the whole company that is capable of operating in real-time and sustaining advanced applications for operational purposes, facilities maintenance or energy efficiency, among others.

The integrated operational environment can be controlled in a beautifully simple way, by integrating applications that guarantee the water quality, algorithms that are able to control the probabilities of infection or microbiological risk in the water supply that is distributed to the customers, or through the simulation of the scenarios that could happen in the case of needing to carry out maintenance tasks in sections of the network without needing to actually operate them.

The digital transformation of the production process in Global Omnium is a success story that happened in an unexpected situation, since water utility companies that manage these kinds of resources tend to have strong resistance to the internal change. This is even more impressive when talking about a company that has more than 125 years of history.

However, this bet has proved to be very successful since, by the mere fact of being able to integrate its entire operating structure, the company has improved by 15% the costs associated with the maintenance and supervision of its assets, by implementing an integrated alarm system and homogeneous data operation.

In the same way, the unified energy efficiency system that has been implemented in many of their facilities and that automates the operation of the water extraction pumps that feed many of the towns supplied by Global Omnium, reduces the total energy cost by between 7-11%, representing savings of more than €1m per year. It’s important to highlight that all of this has been achieved by bringing together the appropriate technological solutions for the collection of process data and generation of an integrated operating environment, as well as with the strategic will of a large organisation that has more than 3,000 workers and three million customers.

In spite of being a strategic and ambitious project, its results have been able to improve the internal organisation of Global Omnium at different levels, enabling it to implement pioneering technologies in the management of resources such as artificial intelligence and to make it possible for the company to open new business lines in areas far from its traditional expertise, such as the technology market.