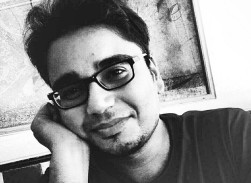 We’re moving into a new world where everything and everyone swings between real and virtual world, says Arun Rishi Kapoor, business consultant of Tech Mahindra. The latter can be looked upon as a personal avatar of the real world object/person which enables communication and participation in the activities which either real world is inefficient of doing it.

Doing so, brings endless opportunities to our real world and helps make our planet more habitable. Digitisation, aka digitalisation, enables connectivity of millions of people and billions of devices to this new world. Digitisation converts almost every action and reaction of the real world into useful data that can be transmitted to almost any place on this planet and processed further.

Having said this – the endless opportunities (and needs) relates to utilising this useful data in a way that primarily makes our life and living – secure, environment friendly, cost-effective, efficient and productive.

In order to realise this vision of a more habitable planet, organisations and governments have come together with the concept of “smart cities”. Technologies pertaining to Industry 4.0, Blockchain, sensors, automation, etc. are aiming to convert this vision into reality. However, in the midst of this transformative and disruptive environment, the role of human beings is very crucial – mainly from the standpoint of creating a sustainable human-centric environment.

User adoption is one of the key tenets when it comes to strategising a smart cities platform. Expensive infrastructure and technological changes are useless without proper end-user adoption. It is a bigger challenge when there is not sufficient data which can be monetised into some value add or revenue opportunity. Too much Implementation of disruptive technologies can confuse and result in a lack of end user buy-in. Complex and non-standard approach further hits the user adoption.

Some solutions are not opted by the people as they do not fit the demographics details of that city and also don’t match with their daily routine. For example, a city with wide roads but with harsh weather may not give preference to a car-pooling system. The demand for the solution varies from city to city and is based on various factors such as climate, political set-up, demographics details, culture, regulations, connectivity, adequacy of natural resources, transport, etc.

To truly streamline the adoption process, it is also crucial to understand what exactly the end users want and whether he or she is ready to opt a smart solution/tool without giving it a second thought. Data security and awareness of smart solutions are some of the main blockers to any new smart city initiative by the organisations or government agencies.

Thus, the smart city designers must carefully emphasise with the diverse set of users and their everyday experiences before brainstorming on the technologies available to develop a smart city ecosystem. Below is a high-level analysis and mapping of how basic human needs map to various demographic challenges. This paves a way towards identifying the top data streams that would be quickly and widely adopted by masses.

CCTV surveillance and street monitoring may not be useful to the cities with low population and lower crime rates. Smart health is not a priority use case for a city with a low mortality rate. Beginning with the human-centric approach not only helps engage more people early but also helps in reducing risks associated with the smart cities project.

Defining a smart city vision in terms of its citizens first helps organisations monetise revenue stream much quicker than just defining it in terms of infrastructure and facilities. Hence, as said above, in order to realise this vision of a more habitable planet, organisations and governments must come together with the concept of “human-centric smart cities”.

The author of this blog is Arun Rishi Kapoor, business consultant of Tech Mahindra