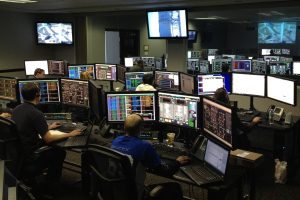 More than 30 North American energy companies use Osprey Reach to reduce operating costs, while mitigating safety and environmental risks. The company’s intelligent visual monitoring platform, Osprey Reach, cost-effectively manages remote cameras at a massive scale, analyses images and video with Artificial Intelligence and input from other sensors and data systems, and delivers actionable insights to users across the enterprise.

“With our focus on enabling the Industrial Internet of Things (IIoT), we see Osprey’s technology as a great fit for our platform,” said Scott Crist, chairman and CEO at INET. “Osprey’s proven solutions will help our customers reduce the need for travel to remote sites, enable management by exception, and enhance safety and environmental compliance.”

Rob Logan, chairman and CEO of Osprey, responded: “INET’s unique data transmission network and platform along with its comprehensive servicing capabilities are perfect complements for Osprey’s formal entry into the US. INET’s spectrum coverage of nearly 90% of energy assets in the US gives us confidence that we can quickly expand in the key basins across North America.”

With its CloudCore Platform, INET provides the first end-to-end, standards-based, dedicated wireless solution capable of supporting the full spectrum of IIoT solutions. By providing wireless LTE connectivity and “plug-and-play” solutions to oil & gas and industrial companies, INET has become the leader in rolling out products and services to the industry.

Paul Ritchie, Osprey’s VP of Sales and Client Services, commented: “We are targeting many of the same clients, and combining our world-class offerings only enhances the entire client experience.”