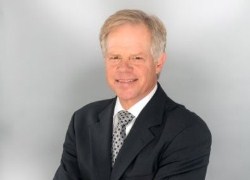 Iota is building and operating a nationwide wireless network system dedicated to the rapidly emerging Internet of Things industry. We employ exclusive, FCC-licensed 800 MHz radio spectrum, which is valuable for commercial applications given its long range, ability to penetrate barriers, low power consumption, and inherent reliability and security. In addition, Iota is developing a robust platform for connectivity that interfaces seamlessly with many types of commercial IoT applications, including our own Smart Building applications.

“Our new Iota Spectrum Partners Limited Partnership is intended to bring together our rapidly expanding portfolio of company-owned and leased 800 MHz FCC License Authorisations into a single consolidated entity, which will enhance the ongoing transparency of this valuable asset. Going forward, Iota Partners will be our strategic vehicle for all future FCC licensed spectrum acquisitions and initiatives.