Home › Blogs › How the Internet of Things improves financial investments 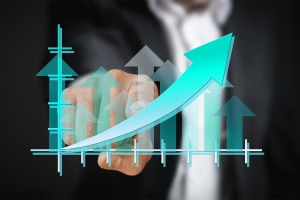 Can smart technology lead to smart investing? There is ample evidence that this is the case, says Marc Weisberg, managing principal for Soho Investment Partners, given the prominence and proliferation of the Internet of Things (IoT) over the past few years.

Suffice it to say, then, that an investor would be wise to consider not only the obvious innovators of these products (Microsoft, IBM, Amazon, Apple, Alphabet, et al.), but also those that produce the semiconductors powering IoT devices, a list headed by Intel and Samsung.

Devices with the ability to share data via the internet first came to be called the Internet of Things by British technology pioneer Kevin Ashton, as far back as 1999. (His precise definition was actually this: the global environment where objects — including consumer electronics and things with no built-in connectivity — collect data through sensors and exchange it over a network.)

It has come to have a wide variety of applications, the most obvious one being the use of smartphone apps to perform various household tasks, like controlling the thermostat, operating a security system or opening and closing garage doors.

Smart speakers like Amazon’s Alexa and Echo comprise home hubs capable of controlling IoT-connected devices. Wearables like the Apple Watch and the Fitbit track exercise- and health-related information. The Roomba vacuums your home while you’re away.

Smart technology is also typically found in televisions, but may also be found in refrigerators that monitor the freshness of products within; in toilets offering “personal washes” and seats that have adjustable temperatures; and in ovens that can be preheated remotely.

Outside the home, we find the IoT at work in healthcare, as when IBM’s Watson tailors prescriptions and treatments to a patient’s needs; in agriculture, when sensors are used to track rainfall and soil quality; and manufacturing, when similar devices track a machine’s performance and efficiency.

(According to General Electric, the latter space — the Industrial Internet of Things, as it has come to be called — is expected to add $10 trillion (€8.86 trillion) to $15 trillion (€13 trillion) to the worldwide Gross Domestic Product in the next few years.)

The IoT is particularly prominent in infrastructure and finance. Driverless cars and smart cars will increasingly dot the landscape of smart cities, allowing for better traffic management and accident prevention — perhaps, in time, cutting crashes by as many as 600,000 a year.

Barcelona is an example of a city that has taken things to next level – its citywide WiFi having resulted in a place where water usage is monitored, street lights are automated, bus routes digitised and trash removal done on an on-demand basis.

In the financial space, transactions will soon be fully automated, and the introduction of biometrics has made them more secure. Also of interest is the evolution of customer service. One bank, Westpac Australia, has gone so far as to install beacons that render a personal greeting when a customer approaches or enters one of their facilities, and offers products based on user history.

One expert, Financial Services Club chairman, Chris Skinner, is reported as saying that in his estimation the day is fast approaching when the top financial institutions from around the world create the Internet of Value, a virtual environment featuring bitcoin-based trading.

As mentioned, the IoT figures to grow in other ways — ways we can only begin to discern. And that, in turn, creates significant opportunities for investors.

Consider Microsoft Already an IoT giant, it recently committed US$5 billion (€4.43 billion) to further its efforts in that realm. Consider Apple, which among other things has seen the Apple Watch overtake the Fitbit as the foremost wearable. Consider Intel, which has a multi-faceted approach which includes producing autonomous devices and adding sensors to unconnected devices. And consider the wireless giants — AT&T, Verizon, T-Mobile and Sprint — whose 5G networks, once constructed, will be capable of handling data traffic at speeds exponentially faster than their current 4G networks.

Also promising are companies such as General Electric, which has done well in this space by equipping appliances with smart technology. And consider relatively small companies like ARM Holdings, the Japanese chip-maker that hopes to challenge Intel.

Consider it all, because the IoT, with its ubiquity and exponential growth rate, has just as much to offer investors as it does consumers.

The author is Marc Weisberg, managing principal of Soho Investment Partners, based in New York City. Weisberg, who previously spent a significant amount of time in the telecom, media and technology (TMT) industries, is now focused on a more diversified approach which includes investments in cyber security, oil and gas, app development and distilled spirits. One of his personal mottos is to trust your gut … always.