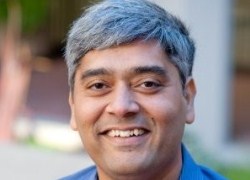 Capable of learning from humans, IQ Bot can now auto-detect, read and process a variety of complex, low-resolution documents and emails in 190 languages as well as process document images with the Automation Anywhere Mobile app.

With the global workforce becoming increasingly mobile – with 1.87 billion mobile workers by 2022 -users can now access IQ Bot from a mobile device, process images and have the results emailed to them – all while on the go, so that anybody, anywhere can use it: field workers, home appraisers, insurance adjusters and delivery workers.

Today, an estimated 80 to 90% of organisations still manually extract data from documents and emails. The advanced AI capacities of IQ Bot are designed to free up business users around the world from the mundane task of entering data into enterprise applications. Automation of such complex, repetitive tasks liberates people to focus on what humans do best – innovate, collaborate and use their talent to solve business challenges.

“The ability to implement a bot quickly and cost-effectively to automate data capture can dramatically impact a company’s bottom line,” said Harvey Spencer, president of HSA, a leading analyst firm that follows this market.

“As organisations eliminate legacy document processing solutions and bots become smarter using AI, the potential market for tasks that can be automated expands significantly. In many ways, RPA companies are at the forefront of this.”

Advances in AI and cloud technologies are rapidly expanding the market for data capture, a $20 billion untapped opportunity, according to a new study by Harvey Spencer Associates (HSA). A separate research study found that automation can cut down the cost of processing documents, such as invoices, insurance claims and loan applications, by as much as 84%.

The latest release of IQ Bot, which combines AI with RPA, offers:

“We believe the full potential of enterprise automation can only be realised when RPA and AI work together,” said Mihir Shukla, chief executive officer, Automation Anywhere. “Today, we are providing universal access to automation, with new language and mobility features in IQ Bot eliminating the friction that limits productivity and helps workers do their jobs better.”