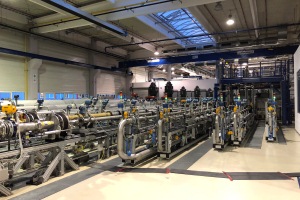 When a multinational firm grows into new national markets, IT changes follow. A case in point is St. Louis, MO-based Emerson Automation Solutions and its Micro Motion division in Boulder, CO, which specialises in flow automation and measurement. Whether oil, gas, water, beverages, pharmaceuticals or shampoo ingredients, says Jörg Hecke, if it can flow as liquid, Micro Motion’s metres measure and regulate its route through pipes, pumps, and mixing processes.

To ensure high confidence in flow measurement, the accuracy of such metres is obviously of critical importance. That’s why Emerson also runs its own calibration centres, where flow metres are rigorously tested before shipment and periodically thereafter.

Emerson runs approximately 34 such centres of various sizes around the world, according to Micro Motion’s senior calibration engineer. Which brings us to an Emerson facility in Cluj, a city in northwestern Romania. Cluj is among the newest of Emerson’s four largest-scale calibration labs, at least half a football field in size, testing all kinds of flow metres with water from a swimming-pool sized tank.

When built, Cluj’s flow calibration lab ran on a completely different type of software system from the one devised by Emerson and used in the rest of its labs around the world. It relied on a series of, “11 custom-made PCs running a little program that nobody could find the code to anymore,” in the words of the senior calibration engineer. The flow sensors in the lab transmitted data to their own custom computers through RS232 HART adapters, using a serial interface long abandoned by printers but still common in the process industry. 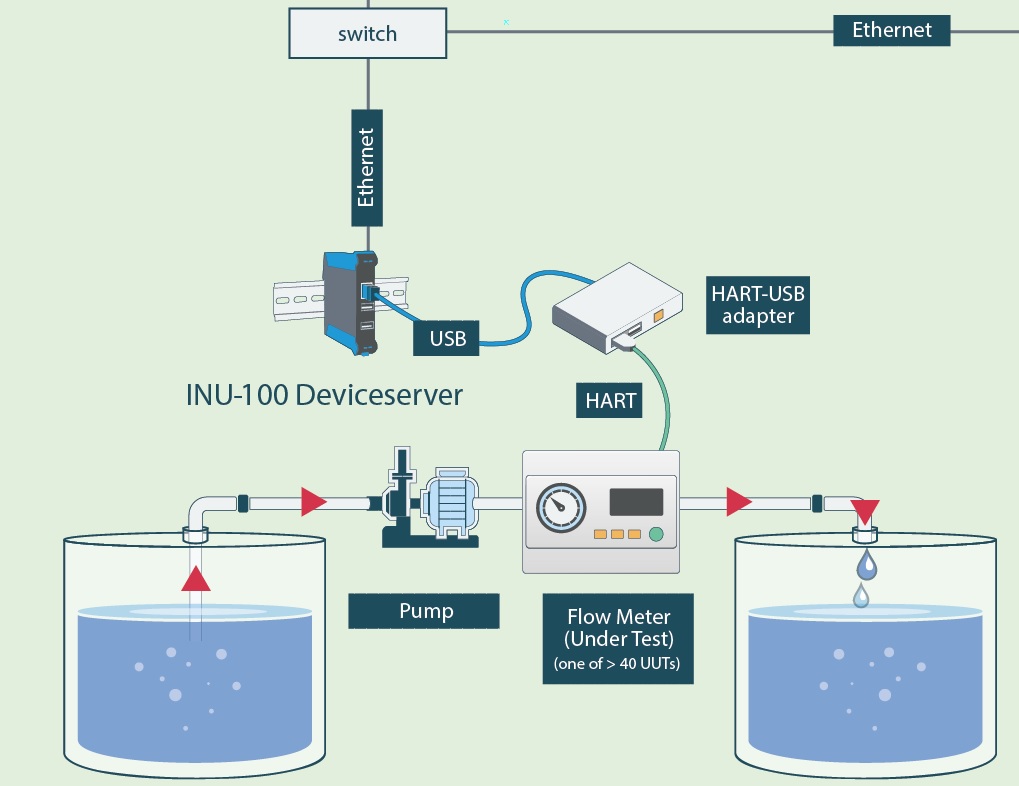 Emerson decided to replace these little custom boxes with one centralised computer in the control room, standardising it with their other facilities. And rather than repull all that wiring, the decision was made to replace the custom boxes with their RS232 interfaces with a USB device server using an existing Ethernet network. A web search led Emerson to SEH Computertechnik GmbH, a Bielefeld, Germany-based firm with U.S. headquarters in Phoenixville, PA. Its industrial, DIN-mounted INU-100 Deviceserver conveys USB 2.0 and 3.0 data streams over IP networks.

Micro Motion’s calibration engineers tested the INU-100 device servers at headquarters, using a proprietary software test “that just pretty much hammers the transmitters that we use in calibration as fast as it can go for about 20 minutes,” says the engineer. The INU-100 reliably withstood the punishment where another contender did not. The other USB device server didn’t support USB 3.0, either, and its manufacturer could not commit to upgrading. In the dynamic environment of flow monitoring and regulation, USB 3.0 Gigabit speeds are critical. 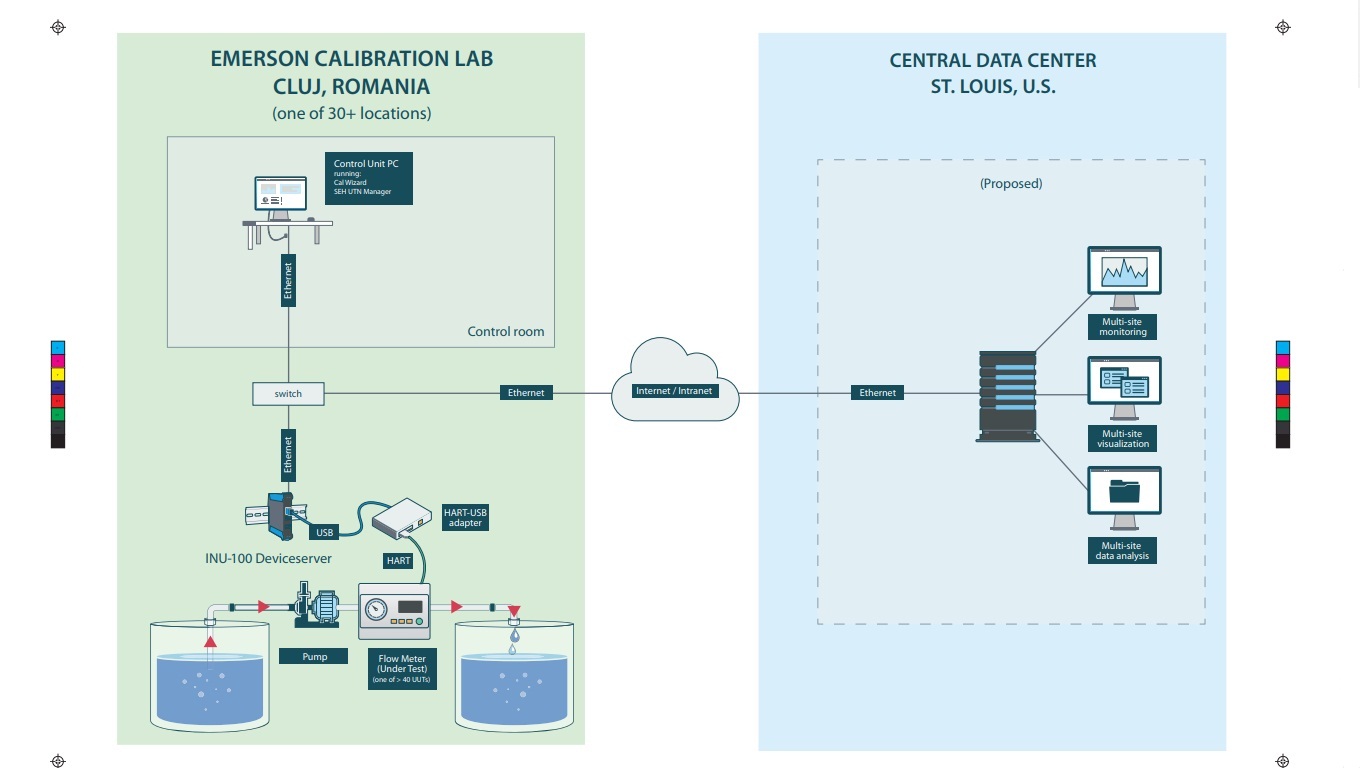 The Cluj facility has now installed 22 INU-100 USB-to-network devices in its upgraded cal lab, managed through SEH UTN manager software running on a PC in the control room. These now route flow sensor signals for all devices under test to the network switch over Ethernet. When 35 concurrently running USB devices exceeded UTN manager’s processing limit, SEH’s software team obliged its customer with a quick revision.

Now the lab’s Cal Wizard — Emerson’s proprietary standard calibration software — runs on the same control room PC with SEH’s software. Today, the lab can test up to 44 metres at once on various lines with various pumps.

Micro Motion reports no issues since that raised limit a year ago. Its senior engineer cites “excellent uptime and throughput” in the company’s Romanian lab. “Our reliability of communications just immediately always skyrockets when we do this,” he notes. They are planning on migrating to more INU-100s as they upgrade more worldwide facilities over the coming months and years.

Jörg Hecke is head of Product Management at SEH Computertechnik GmbH, a technology innovator for network solutions in the licensed software/USB management and printing sectors. All SEH Technology products, including the INU-100 USB Industrial USB Device Server and the SU-320 Serial-to-USB data converter, are developed and produced at the company’s headquarters in Bielefeld, Germany. U.S. headquarters are located in Phoenixville, PA, with offices across Europe, Asia and North America.