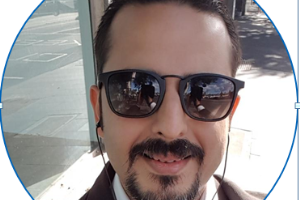 It is said that IoT is one of the fastest growing segments in technological landscape projections. But with the complexity, the heterogeneity and diverse stakeholder’s involvement, it is not easy to pin point the most optimal area for investments and USP (Unique Selling Proposition) development.

In this 2-part article we, Arpit Khosla and Praneet Thakur of IoT Australia Consulting Services, attempt to demystify the business levers operating underneath the IoT solution and give recommendation on ways to evaluate the areas for investment within IoT. Throughout the article, we illustrate with a recommendation for the Australia/New Zealand (ANZ) region as an example, however readers can easily draw parallel conclusions for their regional & vertical context. Overall this would help both entrepreneurs and investors in finding their IoT solution, USP and leveraging the same.

To have a clear outlook towards business possibilities & investment attractiveness in any sector, the traditional first port of call is always to understand the Value chain Economics. At a very fundamental level IoT value chain includes “Things” (Smart by Design or by retrofitting), IoT Devices (Edge Gateway & Compute), Connectivity, IoT Back-end Platforms & lastly all associated services. Just to give it a size reference, as an example, from local Australian perspective, it is the revenues of all these together which is forecast to reach to the tune of 30 billion AUD (Annual) by 2022. Let us now dive headfirst into basic market trends & economic profiles in each of these value chain segments.

Most “Things” are now getting embedded with sensors and communication modules. These “things” are expected to get commoditised in near future. The communication associated directly with things is mostly Short Rage (Z wave/Zig Bee, Wi-Fi and their ilk) or LPWAN (Licensed/Unlicensed Options). Manufacturing Sensors is highly specialised field and capital intensive, therefore has high economic barriers to entry. The incremental change to embed sensors & Comms modules is not very hard for the existing “Things” & “Sensor” manufacturers.

Hence “Things” part of Value Chain can be expected to be predominantly dominated by global manufacturing hubs (both sensor and device manufacturers) as these products need relatively less incremental Most “Things” are now getting embedded with sensors and communication modules. These “things” are expected to get commoditised in near future. The communication associated directly with things is mostly Short Rage (Z wave/Zig Bee, Wi-Fi and their ilk) or LPWAN (Licensed/Unlicensed Options).

Manufacturing Sensors is a highly specialised field and capital intensive, therefore has high economic barriers to entry. The incremental change to embed sensors & Comms modules is not very hard for the existing “Things” & “Sensor” manufacturers. Hence “Things” part of Value Chain can be expected to be predominantly dominated by global manufacturing hubs (both sensor and device manufacturers) as these products need relatively less incremental

Next in line is the IoT Edge which mostly consists of gateways. The market conversations suggest that the IoT Edge, is expected to be one of the most competitive spaces in IoT. If we delve into the reasons – the fundamental merit favoring the argument is that one can easily begin with a barebones compute such as Intel NUC worth 500-600 AUD (or even a 30-200 AUD priced raspberry pi or Arduino or similar boards for PoC).

Beyond the compute all one needs is to invest in software development for Sensor Connectivity, Cloud gateway connectivity and Application Client which are not exactly innovation hungry areas. But the flip side is that it is an easily imitable arena. So this means despite low technical and financial barriers to entry, the easy imitability and low innovation appetite would deter investors from focusing on this segment.

Some further analysis brings to light that despite low innovation and imitability – Global Manufactures can leverage economies of scale to exercise Limit/Predatory pricing and hence raising the entry barrier significantly. Hence for most verticals we should expect commoditisation and limited players. But the Market reality is orthogonal and we see quite a few niche players jumping in this arena regularly.

That meant there is more to IoT Edge story that meets the eye. For instance, if one looks this from vertical based perspective, some verticals such as Manufacturing, Mining, Healthcare and Utilities need customised solutions, which are compliant with industry specific protocols such as Profinet et al. This view redraws the market definition for some niche players and hence changing its attractiveness.

Additionally, the eternal debate of Edge vs Cloud is not expected to have a one size fits answer. Hence not only distributed compute but even local analytics is expected to have a play in this arena. Over all eventually this space will get commoditised as well, but as on date there is significant scope for value addition via sophistication & customisation. Based on above understanding – This is an area which local startups should pursue.

Connectivity Providers have been the underlying fabric which has been supporting internet first and now Internet of Things. From a Market perspective this is a very challenging time for incumbents especially Cellular Operators. Unarguably, it is the unlicensed Short Range technologies that are set to get the lion share (Scale wise) in IoT.

The next in line will be the cohort of Low Power Wide area Network technologies. This second cohort has more intensive internal warfare between Cellular and Non Cellular cartels & jury is still not out. Though 5G is all in vogue and will have its hay day in specific market pockets and in specific Critical IoT use cases, but the scale that it will assume is still a question. LTE by design does not suit most IoT Use cases. Unfortunately from all the exploits of IoT, it seems like Cellular Operators in traditional licensed bands are not the highest in the pecking order of value appropriation.

Additionally, although Telcos Industry market structure looks Oligopolistic, but it bleeds like the perfective competitive markets. Hence investment in Licensed band Telco might not be a recommended option. However, there are two things are interesting in that arena. One being that a lot of new MVNO focusing on IoT are emerging e.g. Aeris. Secondly new Investors are setting up LPWAN in unlicensed bands in different geographies. Considering relatively young and immature standardisation and regulation, Investors and entrepreneurs can consider investing in such ventures. Alternatively, IoT solution entrepreneurs can look at very innovative business model engagements with new age IoT MVNOs.

Though we will continue to delve in the latter half of value chain in subsequent article, but from above discourse, we can easily see that Customised Gateway development & unlicensed LPWAN network are two key areas where in business leaders can develop USP and at the same time they hold better return possibilities for investors.