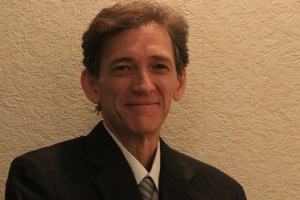 Much has been said about Internet of Things (IoT) technology. The term is cited in many papers and conferences as one of the revolutionary resources of the industry today, but is this technology really so recent, asks Ivano Jose Cunha, director of Research and Development at Brazil’s Link Electronics?

Kevin Ashton argued that in June 2009 [Ashton 2009] the term Internet of Things was first used in his work entitled “I made at Procter & Gamble” in 1999. However, the term was not yet the focus of a large number of researches. A technology that has direct connection with IoT emerged in 2005. This was the WSN – Wireless Sensor Network, or English-language WSN (Wireless Sensor Networks).

Between 2008 and 2010, the term IoT gained visibility and popularity. This was due to the maturity of the WSNs, and the growth in expectations about IoT. However, despite all that has been said so far, IoT has been identified as an emerging technology only in 2012 by area experts [Gartner 2015].

It is interesting to note that in 2004 and 2005, a technology company in which it worked, was launching a product whose purpose was to collect data and control VRP valves spread throughout a city. This equipment collected the flow and pressure of the hydraulic system and, through a schedule, regulated the water pressure. Communication with the exchange was done through OEM (original equipment manufacturer) cellular modules (G18, G20 and G24 – Motorola). A database stored the information and an interface via brower enabled the monitoring, parameterisation and control of the equipment remotely.

The system provided a considerable saving of drinking water because it reduced the pressures in the pipes in the hours of the day or the night in which the consumption decreased. This automatic action reduced losses due to undesirable leaks and it worked very well in 2005.

In 2010, we launched another product, by Vectora Inc. of Houston, TX. It’s called ePressure. It was designed to meet the very specific demands of the municipal water distribution area. Among other features, this unit operated on batteries without the need for external power.

The change depended on the use, but the specification for “standard” applications was five years. Constructed of anodised aluminum, the ePressure could be immersed up to a pressure of 1.5bar for 24 consecutive hours, without damage. It was fully wireless and could be configured both remotely via the web browser and locally through specific software installed on a notebook.

Due to its mechanical strength, the product was sold at a price of approximately US$1,500 (€1344). Today, however, if it were re-launched, this price would be drastically reduced, mainly by replacing the aluminium case with engineering plastics and electronic communication components.

With the lessons learned, we are now on the way to a new development for alternative IoT systems. Lighter, cheaper, flexible, configurable and innovative, it is intended for a wide range of applications. It was with great pride that we created an innovative product even before the term IoT became popular, and with this same spirit we now face this new challenge.

The author of this blog is Ivano Jose Cunha, director, Research and Development of Link Electronics