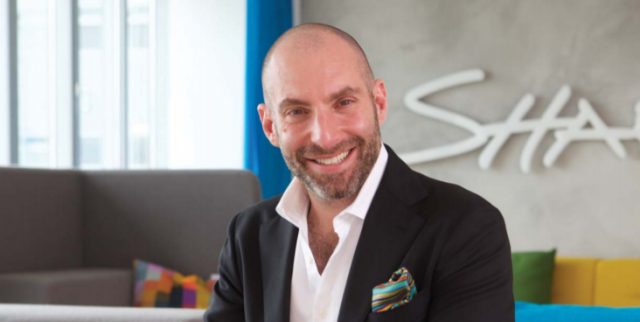 Rami Avidan is responsible for the Internet of Things (IoT) business at T-Systems, Deutsche Telekom’s enterprise customer unit. Having worked in IoT for around 20 years, he tells IoT Now, that, as the IoT market place develops, enterprises are focusing on strategies for the long term rather than specific technologies. Avidan is confident that network technologies and IT are now in place to enable most IoT use cases. The strategy and the evolution to a digitalised world are now the main challenges.

IoT Now: IoT service providers often tell us their customers arrive having already experienced project failures in their IoT pilot projects. What are the common mistakes?

Rami Avidan: First of all, there has been an evolution in the market. When this concept of IoT started 20 years ago, we all came at it from a technological angle. We were playing with technology and trying to create value from that rather than from strategy. The players that fail today start off looking at IoT from a technical perspective but this is not a technology play. Anything you want to do today can be done with technology so the question is what do you want to do in your business. Therefore you need to focus on the strategy of what you want to achieve.

The other thing to remember with IoT solutions deployment is that they are going to be valuable in the long term but it takes time to get there. Organisations roll-out IoT in pockets of their businesses and expect immediate value but this is normally not the case. Therefore you need alignment in the boardroom of what the value is going to be and an understanding that this is going to be a long term process.

The definition of long term depends completely on what you want to achieve. If you’re selling a service and it gains uptake rapidly, you’ll have fast results but if you’re digitising a factory, it’s not a quick fix. Deploying sensors, linking them, optimising the data and changing the behaviour of machines is a long term process.

I tell customers that you have to think very big and for the long term but you must start small. This is because it is not just about implementing technology, it’s about educating people if you’re going to change behaviour to fit the new model. This is not only about
machines, people must go on a journey too.

IoT Now: How can enterprise users succeed with IoT from the start? Should they phase the introduction of IoT-enabled applications, then gradually scale up?

RA: It does depend on the type of business but I’d advise not going big immediately. It’s vital to come at this from a position of what you want to achieve in the end and to do so in a way that is crisp and clear. If you have this clarity, it will be easier to measure the value that IoT does or doesn’t bring.

Companies make the mistake of thinking they can go to a number of different suppliers and put solutions together themselves and this hinders scaling up. I always emphasise that companies need a partner or set of partners who can help them put all the pieces together. It’s only in the last one or two years that we have seen systems integrators doing this effectively.

Similarly, companies make the mistake of thinking there’s a single player who can deliver IoT for them on their own. You need chipsets, sensors, networks, storage and applications and it’s not realistic for one company to be an expert across all of these components. I tell enterprise customers that they need to engage with partners and suppliers who have built an ecosystem around themselves and have flexibility that allows customers to pick the partners they want to work with from within that ecosystem. The successful players in deploying IoT have thought in-depth about their ecosystems.

IoT Now: Since data security isn’t a bolt-on extra, how can IoT service enablers ensure that devices, platforms and applications are secure from the start?

RA: The industry as a whole has been late on the ball when it comes to IoT security but it is playing catch-up. The reason for this is that IoT security is very complex. It’s not a system, it’s a system on a system on a system and the more handovers you have between systems and the more differences in processes within the different systems, the greater the opportunities for security weaknesses to be exploited.

The priorities therefore are standardisation with clear rules of engagement on technologies for security. It goes all the way down to the protocols used and I’m pleased to see traction on security standardisation. It hasn’t happened yet but it is going to cement itself.

Currently, security is something that comes in very late in the IoT deployment process but it needs to become something that’s looked at during the ideas stage. The sooner you think about it, the easier it’s going to be to ensure your solutions are secure.

Telecoms providers have focused on security for many years but we did this for our own sake. Now we need to extend this to our customers so they can reap the benefits of our deep security knowledge.

IoT Now: IoT is one of the biggest digitalisation drivers worldwide impacting almost all industries. What are the common challenges that industries face?

RA: I always challenge people that they can’t mention a single vertical that isn’t going to benefit from IoT. This is because it isn’t a technology, it’s a concept that is going to permeate into our society and nowhere in the world will be unaffected. The biggest challenge is not to get stuck in a technology conversation.

There’s a real danger that everyone gets drawn quickly into the how rather than the what. When I engage with enterprise customers, the last thing I talk about is technology. People quickly jump into technology conversations which are the wrong conversations to have. The real challenge is to focus on digitalisation.

Beyond this, the other main challenge in the drive to digitalisation is the systems of systems. Closed systems that don’t work well with others have been deployed and not everybody is coping. We’re moving from linear business models to circular ones in which your customer is now your partner and your competitor is a customer.

The driver is digitalisation but the challenge players face is to understand that landscape. We’re still in the space where it’s not clear where people will co-operate. The development of IoT is taking everybody on a journey that started with the arrival of HBO and Netflix. These have driven a change in how we consume, moving from capex to opex and from owning to sharing. All of this is in a big digital melting pot and it’s not clear what it means yet. Certainly, it won’t happen all in one go.

However, the servitisation concept will be adopted. The automotive industry has been doing this for many years through leasing but it’s not the complete model yet. This will include things such as usage-based insurance plus in-car content. Instead of yearly insurance premiums, you’ll pay as you go. This is the big shift and we’re all citizens on this journey.

RA: All of these except augmented reality are widely deployed in many industrial situations. We’re certainly doing most of these. There’s this notion, though, that AI has popped up in the last two or three years but its been around for many years, just not as maturely as it is now. These technologies are widely applicable and we work with them a lot when it comes to helping our clients with innovative technology.

Augmented reality meanwhile is starting to mature. It’s now much more complex and will create huge value in Industrial IoT as well as many other areas. In healthcare, for example, apps are mature and we’re monitoring that area closely because of its huge potential.

IoT Now: The internet was originally all about linking billions of people in a network, but now it’s the turn of billions of machines, devices and sensors. How will this change IoT connectivity services in the next few years?

RA: There are several different dimensions to consider here. Historically, when we first looked at this market, we thought this would be a one bearer service to connect all these devices but now I’m convinced there will be a diverse platform of bearer services. It’s driven by the value you want to create and a whole array of technical and cost capabilities that need to be considered. These extend from capacity and coverage through to battery life and ruggedization.

If you want to play in IoT for the long term, you are going to have to manage and control a wide variety of standards for connectivity. These encompass 3GPP, low power wide area (LPWA) networks, mesh networks, near field communications (NFC) and even satellite communications. From the communications angle, the players that can take that position for the long term and simplify it to say whatever you want, we can connect your assets will be successful.

Beyond connectivity, the more assets we connect, the more data we generate but this isn’t free. If you look at the hyperscalers like AWS or IBM, the storage cost per terabyte doesn’t look expensive but, when you’re transmitting petabytes of data the cost of managing and handling that data is going to be absolutely massive. An area to focus on therefore is to simplify the process and try to make sure the cost of data is not too high for the business case. For multitudes of services this is going to be a fundamental consideration.

The next step is to improve harmonisation across the technologies. There’s a whole layer of regulation that isn’t helping us on a global scale so we have to work through these inconsistencies in order to operate IoT solution effectively, in a standardised way and globally.

For me, it’s great to be able to wake up every morning and work in IoT. The potential is becoming reality and we are creating solutions and services that mean we are going to consume fewer resources, be more efficient in food production, improve care for the sick and elderly and enhance education. I don’t mean to sound completely altruistic here – IoT is an enormous, attractive and ultimately profitable www.t-systems.com business, too.