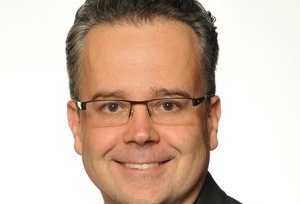 Longview IoT, a Carnegie Technologies company, has announced the launch of Super-B, an advanced, patent-pending protocol designed to bring quality of service (QoS) to LoRa-based IoT networks. Super-B, which is available as part of Longview IoT’s comprehensive IoT solution, allows organisations to achieve up to 95% capacity on their LoRa network, paving the path for enterprise organisations to cost-effectively scale their IoT deployments and successfully conduct firmware-over-the-air (FOTA) updates—without adding hardware. Longview IoT will showcase its comprehensive IoT solution with Super-B at Internet of Things World 2019 (Booth #840) May 13-16, 2019, at the Santa Clara Convention Centre.

All private LPWAN networks including LoRa networks operate in unlicensed spectrum, which can be significantly interference-prone, as sensors from IoT networks talk to the network, and over each other, to report their data. This creates significant data loss, with companies often programming their sensors to transmit messages multiple times to improve the chances of a successful transmission. This practice further compounds the interference problem.

The Super-B protocol from Longview IoT is built on top of the LoRaWAN protocol and utilises the same network infrastructure as LoRa. However, Super-B extends LoRa’s structure to allow for the scheduling of messages into a time slot in which each sensor in a network can transmit to the gateway.

By being able to schedule a specific sensor’s transmission time slot without increasing power requirements, interference is reduced, data delivery is improved, and better QoS is achieved. Because there is less noise from the scheduled transmissions, more sensors can be added to the network, allowing for LoRa networks to scale without expensive new gateways.

Updates can be broadcast to all sensors or in a discrete way to just one sensor with a specific message. Both types of updates are inefficient or impossible with current LoRa networks. Longview IoT also supports any LoRa 1.0.3-compliant Class A sensors, avoiding vendor lock-in, and further extending value to its customers.

“Super-B capitalises on the best parts of LoRa Class A and B to deliver scalable, secure IoT capabilities to enterprises across a wide range of industries,” said Longview IoT managing director Brad Bush. “Today’s enterprises need IoT networks that can support thousands or tens of thousands of sensors per site or across sites.”

“Low-powered networks have been unable to meet this challenge—until the arrival of Super-B. By bringing capabilities such as QoS, FOTA and scalability to LoRa networks, Longview IoT is again demonstrating its technological superiority in delivering solutions that help enterprises lower their total cost of ownership and derive real value from their IoT networks.”