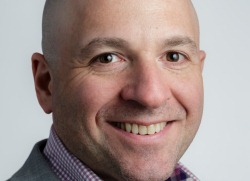 Digital Transformation has been a pervasive theme in the communications industry for the past several years but it has not yet translated into category leadership in key areas, says Ed Finegold, strategy director, Netcracker Technology.

It therefore must be asked whether digital transformation success is being measured against data points that are external to communication service provider (CSP) organisations as much against internal improvement metrics; plain sight evidence suggests that while internal measures may be showing improvement, progress against externally observed milestones has not yet come to fruition.

Though change can be difficult and painful, the digital market is extraordinarily competitive and moving fast. CSPs not only need to improve themselves, they also need to become better than their competitors, who are considered category leaders, and they must do so rapidly.

Here’s a look at five examples where CSPs trail the competition, where they need to lead and which provide plain sight milestones against which progress can be measured.

Few if any CSPs make it into a discussion of the world’s cloud services leaders. In most instances, the leaders in the cloud category are typically considered to be Amazon Web Services, Microsoft, and Google, as Gartner declared in its worldwide 2018 Magic Quadrant for Cloud Infrastructure as a Service. Gartner also included other frequently named cloud leaders Alibaba Cloud, Oracle and IBM in its Niche Players category.

Other reports will sometimes include names such as Digital Ocean and Rackspace in their leadership rankings. One is hard pressed, however, to find CSPs in the cloud leadership discussion, despite the services that define this market being network-dependent, mission-critical, worth an estimated US$206 billion (€184 billion) or more in 2019 and growing at more than 17% per year, according to Forbes. 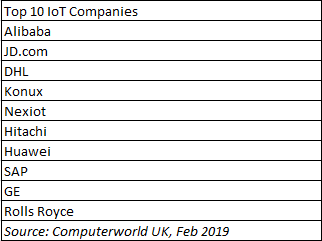 The Internet of Things (IoT)

The projections around the IoT are astounding, with some firms like IDC predicting worldwide IoT technology spending will exceed US$1 trillion (€0.90 trillion) by 2022. But as with the cloud market, CSPs are infrequently recognised as being among the world’s leaders in IoT as Computer World UK recently reported.

IoT is a horizontally-oriented market where leading innovators come from many different verticals; some are even CSPs’ major equipment suppliers. While CSPs are bound to see some lift in their connectivity business as a result of millions of new IoT devices, they are not considered to be among the leading IoT platform providers. This is troubling for an industry that has touted its market position as a key to moving up the value chain and achieving great growth and success beyond connectivity alone.

Radically improving the customer experience against internal metrics is frequently a goal for CSPs’ large-scale digital transformation initiatives. That is good because CSPs are rarely, if ever, included among the leading brands in this category. Companies like Disney, Amazon and Netflix are consistently cited as brands that offer customer experiences that are worth emulating. For example, in Marketing Week’s November 2018 review of the UK’s top 100 brands for customer experience, CSP brands are visibly absent.

This is not to suggest that CSPs aren’t investing in improving their positions, but it is evidence that what they’re doing either isn’t resonating with customers yet or hasn’t caught up to the general population of consumer-facing brands, all of which are chasing the same rapidly rising customer expectations. This is a critical area in which to measure progress not only against internal measures, but also by external perception and improvements in cross-industry category leadership. 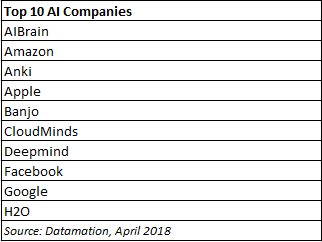 While rolling out artificial intelligence (AI) services isn’t necessarily a digital transformation goal, AI is among the most hyped technologies for the digital B2B era; CSPs frequently beat the war drums regarding plans to seize leadership positions in the digital B2B market. Like IoT and cloud services – markets which are perhaps a bit more mature than AI – CSPs are not considered among the leaders in AI. Names like Amazon, Apple, Facebook, Google, IBM, Intel, Microsoft and Twilio appeared atop Datamation’s April 2018 rankings, but CSPs were absent.

The AI market remains nascent; achieving category leadership as a service provider in this domain remains achievable, but one must remember that it is likely to be intertwined with leadership in cloud services as well.

It is frequently stated that digital transformation is not only about systems, processes and business models, but also – and often primarily – about people and culture. Bringing new, talented people with diverse experience into an environment where new ideas are welcome is a critical part of digital transformation. To attract such people, however, the culture has to be welcoming and the company has to be considered a place that top talent wants to go. Furthermore, current employees and management must be encouraged to embrace changing and evolving roles.

For CSPs, this also appears to be an uphill climb. In the many highly referenced rankings of the best places to work, published in magazines like Inc and Money and sourced from firms like Glassdoor, CSPs are not typically considered leaders, but their major competitors in digital markets frequently are. Leaders in this category generally include Facebook, Google, LinkedIn, Amazon and Microsoft. CSPs are, therefore, vying for top talent against these robust competitors which have the dual advantage of being considered great employers while currently holding category leadership positions across many of the digital markets where CSPs want to win.

Though the rapid pace of change has made the past decade feel like a century, it is still early in the digital era. CSPs are by no means out of the race. But if CSPs want to start winning and gaining recognition as digital leaders, transformation must become real and measured against external milestones as much as against internal metrics. Transformation efforts must focus not only on self-measured improvements and aspirational storytelling, but also must deliver positive economic and customer-centric results in plain sight so that the perception of CSPs as digital category leaders can be widely embraced, recognised and rewarded.

Ed Finegold, strategy director, Netcracker Technology. He works closely with Marketing and Corporate Communications to direct and shape content and market engagement. Ed has more than 20 years of mobile, cable and digital transformation experience. He has authored two books on OSS/BSS strategy and architecture and brought new digital customer experience solutions to market.