Home › Blogs › Safety: A top priority for cars of the future 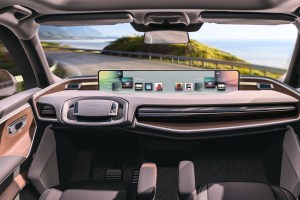 A recent European survey commissioned by Clarion with YouGov has provided an insight into the public’s attitudes towards current and future car technologies.

YouGov spoke to more than 6,000 adults in France, Germany, Italy and the UK. As Sebastien Brame, senior manager at Faurecia Clarion Electronics reports, the results clearly show safety as the top priority for the connected car of the future. Overall, 40% of people in these countries thought that safety was the most important consideration, followed by 25% listing eco-friendliness as the foremost concern.

Almost half of the people surveyed (49%) said the most significant innovation for the future car was the ability to anticipate hazards and other road dangers, and this was as much as 56% in France. In addition, 36% of adults said that future cars must be able to provide alerts about accidents in their proximity.

The survey suggests that, while Europeans may appreciate the benefits of connected cars, there is a need to raise public awareness about new technologies so that they are fully understood. Overall, 64% of respondents to the survey liked the concept of a connected car. As many as 83% of Italians appreciated the latest car technology innovations. British people appear to be more cautious with just over half of respondents (55%) liking the idea of a connected car and 30% remaining neutral to the idea.

The results also indicate that people do not yet feel comfortable with the concept of a driverless car. Almost half (49%) of respondents did not like this idea. Connected car companies will need to change perceptions as the connected car market evolves in the next decade. 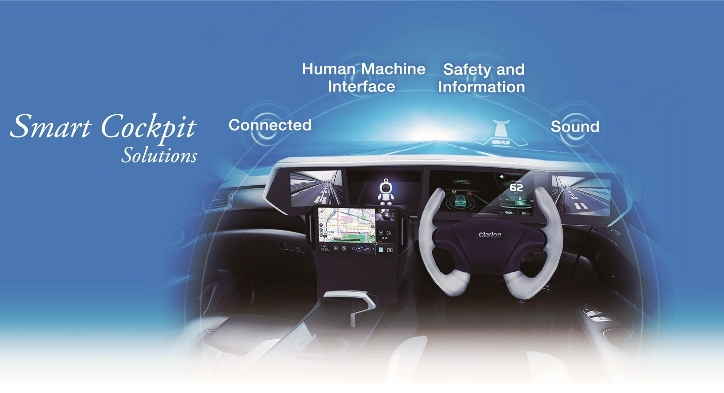 Although Europe has yet to see completely autonomous cars on the roads, many new car technologies already include features to make driving safer and easier. These technologies react faster than humans and use V2X (vehicle-to-anything) connectivity, that will eventually communicate with other vehicles, road users, and pedestrians to anticipate road hazards. Already, driver-assist and automated parking systems, like the one in the Nissan Leaf, help improve safety by avoiding human error and making it easier to detect pedestrians, cyclists or other road users in blind spots around the car.

Green cars in the future

Europeans surveyed in the report believed that the second most important factor for future cars was the environment. In each country surveyed, around a quarter of people felt the most critical characteristic of the future car was its environmental impact. This was rated as far more important to those questioned than the 14% who were primarily concerned about cost-effectiveness and vehicle economy.

This issue is also much more of a consideration for younger generations, particularly in the 18-24 age group. In France and the UK, around one third of respondents in this cohort placed eco-friendliness on a par with safety as a key criterion for future connected cars.

Ironically though, the survey also confirms that car sharing remains a minority activity in the four countries surveyed. Just 5% of people said that this was one of the top three benefits that could be generated from cars in the future, although car sharing was ranked slightly higher by respondents in larger cities including London and Paris.

Personalising car interiors for each driver

The survey suggests that people are currently not particularly interested in new technologies that enable a more personalised experience for a driver. In all, 34% of people listed comfort within the car of the future in the top three of their most pressing concerns. Only 9% of people across the four countries thought a car should be as comfortable as their home, and 13% thought that a future car interior should be able to adapt to a driver’s individual needs.

Car comfort is likely to become increasingly important in the future. A new kind of smart car interior will eventually become the norm as new technologies enable the car itself to manage and optimise the driver’s experience down to the finest details.

The move towards the fully autonomous car of the future is a gradual one, and we are likely to see a concurrent change in people’s perceptions and attitudes towards connected and autonomous cars. While many intelligent features are already built into vehicles and are helping to improve safety issues and deliver an easier driving experience, this survey also suggests that our industry needs to continue to invest in public awareness so that people feel better informed about the real, tangible benefits that new car technologies can deliver. Safety will remain hugely important, with the future car capable of delivering this and many more benefits besides.