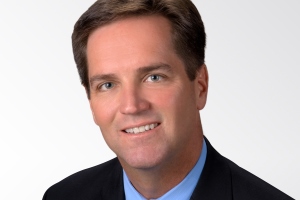 Interconnecting LoRaWAN networks through Syniverse will allow unlicensed Internet of Things (IoT) technologies like Wi-Fi and LoRaWAN to work harmoniously together across global networks. It will also allow the IoT ecosystem LoRaWAN supports to scale faster because there is a common underlying infrastructure managed by a neutral third-party that allows disparate networks to harmonise. Taking this approach streamlines international rollouts, domestic network aggregation and supply chain solutions.

LoRaWAN is an unlicensed spectrum low-power, wide-area technology that addresses IoT use cases in more than 100 countries. While the technology powers both moving and motionless sensors, applications and devices – such as smart metering for utilities, tracking assets in supply chains, smart farming, and industry 4.0 solutions – there are hundreds of LoRaWAN public and private networks across regions that currently do not communicate effortlessly with each other.

Syniverse is leveraging its investment in enabling connectivity, roaming management and settlement services among every mobile operator on earth for the last three decades to develop a LoRaWAN hub that will allow connectivity across the ecosystem. Presently processing more than four billion billable transactions daily, settling more than $15 billion (€13 billion) annually, and connecting nearly 800 mobile operators today, Syniverse is a neutral host that will enable the LoRa ecosystem to unlock its full potential.

Enabling roaming for LoRaWAN via a hub aligns with Syniverse’s multi-access IoT technology strategy of transitioning to next-generation networks, including 5G, which will also require interoperability with legacy networks in order for companies to host services including IoT, blockchain and others. Syniverse has already successfully demonstrated LoRaWAN connectivity over its global, secure IoT network in the Syniverse Innovation Lab.

John Wick, SVP and general manager, Service Provider Group, Syniverse, says: “Syniverse is the world’s most connected company, and for more than three decades, it’s unlocked roaming value for mobile operators around the world. Our expansion to LoRaWAN aligns with Syniverse’s 5G strategy.”

“We will use our strengths and capabilities on cellular and Wi-Fi to launch a LoRaWAN roaming platform. This service will be a neutral, carrier-grade interconnection platform for the entire LoRaWAN ecosystem with aim to support massive interconnections, simplify business processes, increase agility and further unlock the full potential LoRaWAN through roaming.”

Commenting on the news, Stephane Allaire, CEO, Objenious by Bouygues Telecom, adds: “We are pleased to support Syniverse in forming a hub for LoRaWAN roaming. Since we are a founder of the Lora Alliance, Objenious has always been a leader for LoRaWAN development, creating the first nationwide network in France, signing the first LoRaWAN roaming agreement between a carrier, and now supporting Syniverse. It’s a big step forward for LoRaWAN and a strong signal to our customers all around the world that shows LoRaWAN is now global and supports strong business development and thought leadership on LPWAN.”