Most companies have IoT plans but aren’t sure how to achieve them, says Longview IoT study with Informa - IoT Now - How to run an IoT enabled business

Home › IoT News › Most companies have IoT plans but aren’t sure how to achieve them, says Longview IoT study with Informa 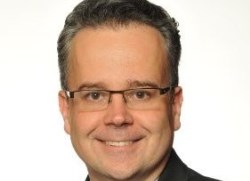 Organisations — even those that have already implemented Internet of Things (IoT) projects — are still struggling to understand the concrete business benefits of the IoT. This is according to a new study released today by Longview IoT, a Carnegie Technologies company, and Informa Engage.

The IoT Implementation Trends Survey indicates that enterprise organisations across all vertical industries and of all sizes require significant education to understand the more specific business outcomes that the IoT can bring.

The results indicate that connecting the dots between IoT technologies and the problems they solve remains a challenge. For example, when asked about the benefits of IoT, organisations tend to cite non-specific results such as cost savings, increased productivity and better operational efficiency, instead of precise goals such as improving worker safety, conducting predict­ive maintenance, solving billing issues, avoiding cost overruns, and tracking valuable equipment.

The IoT is all about the data collected, and what organisations do with that data to improve their processes, the report says. “The desire to control costs and boost productivity and efficiency is understandable, but that doesn’t just happen,” according to the survey. “It’s through the capture and use of data that organisations can real­ise those benefits.”

“The IoT remains complex for enterprise organisations,” says Brad Bush, managing director of Longview IoT. “Companies want to move quickly to deploy IoT solutions and see real business benefit but are stymied by the lack of solutions that can help them quickly accomplish these goals. The survey results indicate that the market needs the right partners with comprehensive solutions that take away much of the guessing, and just work, right out of the box, for the specific application they have in mind.”

The study also shows that:

The complete IoT Implementation Trends Survey can be downloaded here. Join Longview IoT and Informa Engage for a deeper look at the data behind the report in a Webinar—The IoT’s Big Challenge: Choosing a Solution — Wednesday, June 19, at 2 pm ET.