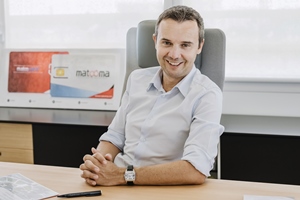 Wireless Logic Group, a European IoT connectivity platform provider, has acquired Matooma, the Montpellier, France-based IoT connectivity specialist which is said to have grown rapidly since its inception in 2012. Today, Matooma is recognised for its expertise and innovation within the cellular IoT (Internet of Things) connectivity space, with a broad base of customers using their secure network solutions across multiple applications.

The Matooma acquisition, for an undisclosed sum, is Wireless Logic’s third major purchase in 2019 having already welcomed Dutch-based M2MBlue and SIMPoint in February and June respectively. The three new organisations join the UK-headquartered IoT connectivity platform provider as it continues to deliver rapid expansion throughout its European network.

With Matooma on board, the group has an increased presence in France working alongside Wireless Logic’s existing Aix-en-Provence team, and will enhance its European reach which includes offices in Denmark, France, Germany, Netherlands and Spain. The group’s European focus with global reach is backed by Montagu Private Equity who came on board in June 2018.

Commenting on the most recent acquisition, Oliver Tucker, Group CEO of Wireless Logic Group says, “We are delighted to be welcoming the Matooma team into the group. In just seven years, they have built an enviable reputation in France by delivering highly responsive and tailored IoT connectivity services, supported by exceptionally strong leadership.”

“Over the coming months our integration programme will enable the group to enhance our best-in-class connectivity platform solutions to which Matooma will play a significant role, particularly within their core markets,” Tucker adds.

Speaking on behalf of Matooma, founder and CEO Frédéric Salles comments, “The success of Matooma has been based around the innovative use of secure mobile technology, a winning approach to nurturing long-lasting mobile network partnerships and in the strength and character of the Matooma team – our people have been so fundamental to where we are now today.”

“Our journey so far has been short, fast-moving and with every opportunity seized. We are looking forward to combining our strengths with Wireless Logic and together building an even more exciting future as we develop and evolve the IoT connectivity market across France and further afield.”