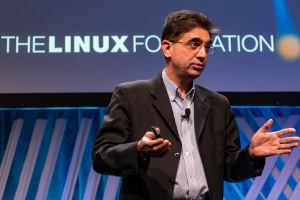 Arpit Joshipura of The Linux Foundation

LF Edge, an umbrella organisation within the Linux Foundation that aims to establish an open, interoperable framework for edge computing independent of hardware, silicon, cloud, or operating system, announced Version 2.0 of its Open Glossary of Edge Computing. This latest version of the Open Glossary adds a year of updates from the edge community while further iterating vocabulary across the entirety of LF Edge projects.

The Open Glossary of Edge Computing was created in 2018 as a vehicle to organise a shared, vendor-neutral vocabulary for edge computing to improve communication and accelerate innovation in the field. Launched as part of the first annual State of the Edge report, the Open Glossary is now an open source project under the LF Edge umbrella. The Open Glossary 2.0 is available in a publicly-accessible GitHub repo, and the new versions will be included in the State of the Edge 2019 report, to be released later this fall.

“The Open Glossary of Edge Computing exemplifies a community-driven process to document and refine the language around edge computing,” said Arpit Joshipura, general manager, Networking, Edge, and IoT, the Linux Foundation. “As the diversity of LF Edge increases, we want frameworks in place that make it easy to talk about edge computing in consistent and less-biased ways. It’s imperative the community comes together to converge on a shared vocabulary, as it will play a substantial role in how our industry discusses and defines the next-generation internet.”

“Now that we’ve reached the v2.0 milestone, the next big task for the Open Glossary will be to recommend standardising the lexicon across all of the LF Edge projects,” said Matt Trifiro, CMO of Vapor IO and chair of the Open Glossary of Edge Computing. “The LF Edge projects span the continuum from cloud to device. Each project has evolved organically, often with its own vocabulary, and our goal is to both respect each project’s history but make it practical and possible to talk coherently across projects using terms and phrases that mean the same thing. This will be a long-term community effort.”

By cataloging the community’s shared lexicon, the Open Glossary fosters an adroit exchange of information and helps to illuminate hidden bias in discussions of edge computing. Moreover, because the project is freely-licensed, individuals and organisations may publish and incorporate the glossary into their own works. The Open Glossary is presented under the Creative Commons Attribution-ShareAlike 4.0 International license (CC-BY-SA-4.0) in order to encourage use and adoption.

To increase the diversity of viewpoints, the Open Glossary project welcomes contributors from everywhere, offering a publicly-accessible GitHub repository where individuals can join the community, present ideas, participate in discussions, and offer their suggestions and improvements to the glossary. By combining many viewpoints in a transparent process, the Open Glossary of Edge Computing presents a resource that can be used by journalists, analysts, vendors and practitioners.