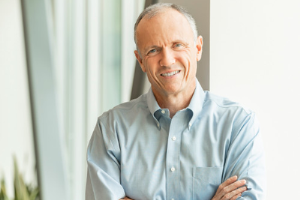 Today at VMworld 2019, VMware, Inc. announced a broad set of networking and security innovations and major milestones that further advance VMware’s vision of the Virtual Cloud Network.VMware virtual cloud networking is now deployed by 13,000 customers, 88 of the Fortune 100 and eight of the top 10 Telcos, and reaches more than 150,000 branch offices via VMware SD-WAN by VeloCloud. With VMware virtual cloud networking, customers can experience on average of 59% reduction in capital expenditures and 55% reduction in operational expenditures.

Collectively, these solutions enable VMware to deliver the public cloud experience – a fully automated deployment of a data centre workload – across any infrastructure, spanning from edge to private data centres, to public clouds. This agility can only be achieved through the automation of all network services, which requires having all switching, routing, security and load balancing services defined in software, centrally managed, and running on distributed, general purpose servers.

“VMware brings the one-click public cloud experience to the entire enterprise through an automated, software-defined network architecture,” said Tom Gillis, senior vice president and general manager, networking and security business unit, VMware. “VMware is a leader in next-generation software-defined networking and security, delivering consistent, pervasive connectivity and intrinsic security to apps, data and users wherever they reside. We extend this virtual infrastructure across public and private clouds, all the way to the network edge, and our advanced analytics capabilities provide the visibility and troubleshooting needed to make the Virtual Cloud Network easy to operate.”

Today the company announced VMware is the only company that delivers hyperscale SD-WAN through a highly automated, stateless, scale-out design that is akin to the architecture of public clouds like AWS, Azure and Google Cloud. VMware achieves hyperscale SD-WAN by having thousands of gateways across every major cloud provider, and hundreds of underlay carrier networks around the world. These gateways are stateless, and horizontally scalable, meaning that new gateways launch with no disruption to the end user.

For customers this means new branch offices and increased application traffic can be added dynamically and automatically without reconfiguration. Changes, if necessary, can be rolled out dynamically to gateways without disruption to the end user. Customers can have tens of thousands of edges on a single network. The cloud gateways provide the automated one-click onramp to all the major public cloud providers, and to VMware Cloud Foundation running in private data centres. With VMware’s hyperscale SD-WAN solution customers achieve rapid speed of deployment, unprecedented economics, improved application performance, better network resiliency and simplified WAN operations.

VMware SD-WAN by VeloCloud is a leader in the fast-growing SD-WAN market, as measured by industry analysts. The solution has been chosen by thousands of customers spanning more than 150,000 branch office locations in more than 130 countries around the world. The service is available from a partner network that includes more than 500 partners globally, including system integrators, VARs, MSPs and more than 100 telecom service providers. VMware and Dell EMC are also announcing a co-branded SD-WAN service powered by VMware, which will be sold by approximately 20,000 sellers worldwide.

Pervasive, end-to-end visibility and analytics for the Virtual Cloud Network

VMware NSX-T is the industry’s only network and security platform, delivered completely in software, that offers the full range of L2-L7 services for workloads running on all types of infrastructure – virtual machines, containers, physical servers and both private and public clouds. NSX-T 2.5 further strengthens the platform’s intrinsic security capabilities and delivers expanded scalability, cloud-native support, and operational simplicity.