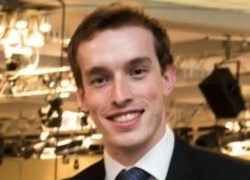 Recent IDTechEx research in their report, Electronic Skin Patches 2019-2029, has revealed significant opportunities in the development and use of electronic skin patches, with more than US$7.5 billion (€6.8 billion) in revenue made from the technology in 2018 and a growth forecast of over $20 billion (€18.2 billion) per year over the next decade.

However, as James Hayward, principal analyst at IDTechEx says, it also shows that reimbursement and regulatory consideration aren’t necessarily keeping pace. He also highlights the dangers of a closed market driven by regulation and reimbursement strategies which favour devices for simplicity and cost rather than effectiveness; deterring new entrants.

Electronic skin patches are wearable products attached to the skin of a user incorporating sensors, actuators, processors and communication technology, allowing the device to connect to the internet to become ‘smart’. Skin patches are one of the latest waves in health monitoring; their non-intrusive design meaning they are comfortable and discrete. Unsurprisingly, interest in electronic skin patches has soared, driven by significant hype and market growth around wearable devices starting in 2014.

A number of significant applications of electronic skin patches are now having a profound impact on health and quality of life. Some of the foremost use cases centre around healthcare and medical applications, while the consumer health market is another early adopter. As such, several product areas, particularly in diabetes management and cardiovascular monitoring, have grown exponentially to create billions of dollars of new revenue each year for the companies at the forefront of this wave.

Alongside this growth has come the need for forward-thinking regulation and reimbursement, especially given the life-changing medical context of their applications. Following regulatory approval, the funding of medical devices can come from different sources, including government-led reimbursement schemes. These provide funding for medical devices defined within certain categories according to central definitions and understandings of the performance and cost of the device. While systems do vary by country, it is typical for central procedural terminology to be linked to reimbursement amounts for each device.

Take cardiovascular skin patches for example, which exist in a highly competitive landscape alongside consumer wearables such as watches and chest straps (which provide cardiac data but with limited medical usefulness due to a lack of medical approval) as well as cardiac implants which offer a more accurate but less safe approach.

Effectiveness must have a role to play in future developments

Electronic skin patches for cardiovascular monitoring must strike a compromise between data quality and patient comfort. A patient can remain active while wearing the device, minimising additional issues caused by remaining in a hospital bed for too long. However, they also typically produce simpler data sets than the full 12-lead standard monitor and offer less control over the quality of the data produced. These competitive landscapes drive positive product development but it is often the central regulatory and funding bodies that have the power to drive change.

One of the biggest revenue generators in the electronic skin patches market has been continuous glucose monitoring (CGM) for diabetes management, which posted annual revenues of over $2.5 billion (€2.2 billion) in 2018. The US Food and Drug Administration (FDA) has given four companies approval to sell CGM products, three of the four companies offer a skin patch with a small needle to test glucose levels in interstitial fluid. Only one organisation offers a subcutaneous implant which is then read using a skin patch as a communication hub. In such a closed market, regulations and reimbursements are shaping its course.

The three large players offering a needle-based skin patch have benefited from multiple geographies now offering partial or full reimbursement for CGM products under national healthcare schemes. Yet each of the three products is treated under a single regulatory category and receive the same reimbursement per device, regardless of performance, longevity or functionality. This opens up the potential for a closed market which favours devices because of simplicity and cost rather than effectiveness.

The fourth player is a new market entrant with lower revenue but offers a much longer-lasting CGM solution with significant differentiation from its rivals, but because of limited regulation and reimbursement, however, it may struggle to break the market stranglehold from larger players with cheaper solutions.

New entrants need to be encouraged

This reimbursement and regulatory environment provide an even bigger barrier to entry for new and innovative electronic skin patches. If the product is to be offered as a medical device, it must go through regulatory approval processes, either showing equal performance to existing equivalents or going through a de novo process to prove its efficacy and safety.

These hurdles often result in new electronic skin patch devices being pushed towards the consumer health market, where regulatory roadblocks aren’t as stringent but offer less long-term returns than in direct healthcare. This is already proving to be the case with the promising area of temperature sensing for fever and fertility monitoring, as well as other patient monitoring devices.

This is exactly why IDTechEx has been tracking the emergence of electronic skin patches and the reimbursement and regulatory landscape back to 2010, across 26 application areas and over 100 market players, in its report Electronic Skin Patches 2019-2029. The report forecasts the market through 2019-2029 and aims to help innovative healthcare organisations make more informed business decisions before deciding how to roll-out one of the hottest technologies in patient monitoring.

In addition to detailed reports on this topic, IDTechEx are hosting an event: Healthcare Sensor Innovations 2019, in Cambridge, UK which is a conference and table-top exhibition focusing on the latest developments in the use of wearables and sensors in continuous monitoring of individuals and point-of-care diagnostics.

The author, James is a principal analyst at IDTechEx. Joining in 2014, he initially developed IDTechEx’s wearable technology platform. He now oversees a team of analysts across varied topic areas, as well as oversight over the wearable technology research efforts. This area now includes reports looking at the technology and markets around wearable devices, wearable sensors, electronic skin patches, e-textiles, augmented, mixed and virtual reality and more. He has also worked on reports and led projects in many parallel areas, on topics including haptics, sensors, displays, stretchable electronics, advanced materials, user interfaces and other related topics. James is a regular speaker at both IDTechEx’s own events and other external events around the world.