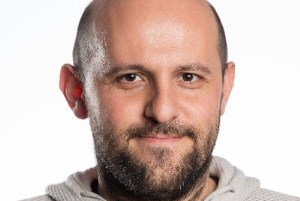 Firedome, providers of an endpoint cybersecurity solution designed to allow IoT device manufacturers to proactively prevent, detect, and respond in real-time to vulnerabilities in connected devices, has announced the closing of a US$10 million (€8.9 million) Series A funding round.

This milestone comes earlier than expected, says the company, which was founded in 2018, and only nine months after announcing the completion of its seed funding round.

The round was led by Two Sigma Ventures, with participation from World Trade Ventures, Silvertech Ventures, and the company’s seed investors. The funding will allow Firedome to continue expanding its solutions and sales efforts to address additional Internet of Things (IoT) device verticals, such as industrial IoT and enterprise IoT connected devices.

This funding is said to be the result of rapid growth in Firedome and its market fit that is demonstrated by proactive demand coming from IoT companies. It is also timed with the closing of new partnerships with major, global device manufacturers.

IoT manufacturers that rely solely on security by design, and securing the surrounding environment, remain vulnerable to a wide range of cyberattacks on the device itself. Without the ability to dynamically detect malicious activity on the device and proactively respond, device manufacturers are blindly relying on their ability to harden a device during development and are hoping the constantly evolving set of attacks won’t circumvent their static protections.

The company’s initial focus was Smart Home devices, but following demand from home IoT manufacturers that also serve other IoT verticals and the closing of related strategic partnerships with major device manufacturers, the company is excited to formally expand its offering.

Moti Shkolnik, Firedome’s co-founder and CEO, adds: “We were pleased to find out that IoT device companies, across industries, are not willing to compromise the security of their products and are aware of the vulnerabilities that cannot be fully eliminated by static security by design processes. We were happy to witness the rapid progress of closing partnerships with tier 1 companies, about which we will be able to divulge soon. We strongly believe that real-time endpoint cybersecurity is the inevitable future of the IoT security landscape.”

Multiple major cybersecurity incidents over the past year, such as a new IoT botnet infecting set-top boxes, vulnerabilities in Nest’s security cameras, and smart-TVs susceptible to malware, have shown that IoT devices have become low-hanging fruit for attackers.

The industry is well aware of the fact that IoT companies and manufacturers who fail to take the necessary security measures to protect their devices risk suffering from the consequences of a breach, including jeopardising their bottom line with customers shying away from their devices, negative PR, lawsuits, fines, and more.

Matt Jacobus, venture partner at Two Sigma Ventures, adds, “With IoT devices proliferating rapidly, I believe there is now more than ever a need for robust endpoint device protection. There are 8 billion connected devices that exist today, ranging from complex machines with sophisticated architectures to tiny devices with limited resources, that could benefit from the proactive protection of Firedome’s lightweight agent coupled with their backend machine learning platform and security operations centre. If you’re a device manufacturer and you’re not actively monitoring what’s happening inside your device, you may soon be facing serious reputational and financial risk.”