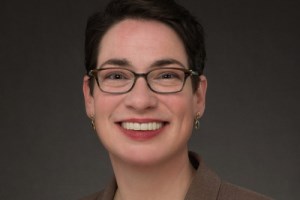 The Board of Governors of the IoT M2M Council (IMC) has elected Sara Brown of MultiTech and Kim Bybjerg of Tata Communications as their new chairman and vice chairman, respectively.

Nominations and voting took place at the IMC’s Annual General Meeting at the Consumer Electronics Show (CES) in Las Vegas this month.

The IMC is comprised of 25,000 enterprise users, original equipment manufacturers (OEMs) and app developers as rank-and-file members, and its board includes representatives from AWS, HPE, Semtech, and Vodafone, among many other technology solutions providers.

“The IMC is the largest trade group serving the IoT sector, and we aim to increase adoption of IoT technology by bringing buyers and sellers together,” says Brown, who is VP of Marketing at edge hardware provider MultiTech, as well as her new role as IMC chair.

“In addition to our growing trade show relationships with CES and Hannover Messe (the world’s largest manufacturing event), we’ve developed template RFPs and Guidelines for IoT Technology sourcing, software tools that help buyers identify their needs, a library of over 200 IoT use cases, and eight vertical market push-content channels.”

Both Brown and Bybjerg bring decades of experience to their new roles. Brown has served in senior marketing positions at IoT hardware makers including Wavecom, Sierra Wireless, and Telit in the US. Bybjerg, who is global sales director for IoT at the Tata business unit from its base in London, has held senior IoT sales positions at KPN, Vodafone, and more.

Brown replaces Volkhard Bregulla, VP Global Sales Manufacturing, Automotive and IoT Services at HPE as chairman, who steps down after his one-year term.

“Significant expansions for our trade-show activities at CES and Hannover Messe, as well as an increase in the scope and format of our RFP Guidelines are just some of the projects Kim and I intend to get rolling this year,” says Brown. “We intend to take the IMC to the next level in terms of providing thought leadership, lead generation, promotions, and research to accelerate our industry.”