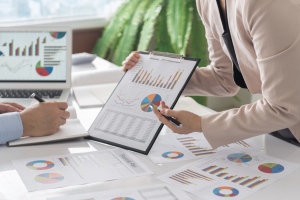 Most would agree that the adoption rate of the Internet of Things (IoT) has fallen well short of predictions. Given the proven benefits that the IoT can deliver, such as preventative maintenance and real-time asset management, it’s confounding that every company isn’t well on its way to leveraging IoT.

There are far more attempts to adopt the IoT than successes, says Terri Foudray, founder and CEO of Rumble, as well as several reasons that the IoT is not meeting or exceeding adoption forecasts. The culprits behind adoption failures include the lack of available talent, the overwhelming and complex volume of prospective vendors, the lack of a solid business case to define success, and the derailing of initiatives caused by unanticipated political and cultural pitfalls that often accompany enterprise-wide technology adoption.

IoT is more than a tech initiative

The companies that are having success with IoT adoption are those that recognise that implementing IoT solutions is a business and cultural initiative as much as, and maybe more than, a technology initiative. The approach to system wide change and adoption requires the support of outside resources, who can help overcome these pitfalls based upon their vast experience with IoT adoption initiatives.

IoT is at the heart of digital transformation and it can’t be successful without three major elements:

Only when IoT adoption is approached in this manner will we see adoption rates accelerate. For most firms, success and acceleration require a qualified third-party provider with a track record of success to lead the way.

The author of this blog is Terri Foudray, founder and CEO of Rumble.

Terri Foudray has more than 25 years’ experience in business and high tech, from strategy and development to solution consulting, marketing and entrepreneurship, to partner relationships, Terri formed Rumble because she says the future is all about real-time data and its power to increase efficiencies and drive revenue. She adds IoT architecture and implementation are complex and require a level of expertise few companies can offer. Terri is a member of CompTIA’s IoT Advisory Council, which addresses industry trends and issues affecting the rapidly evolving IoT market.