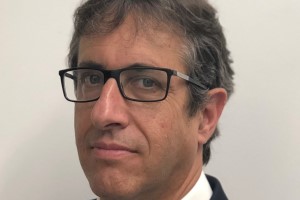 Ethernity Networks reports it has seen growing demand from Chinese telecoms companies for its solutions based on FPGA (Field Programmable Gate Array),a 5G-enabling network circuit. The increased demand marks a shift away from software-only User Plane Functionality (UPF) solutions and is said to demonstrate a growing movement towards disaggregation within the Chinese market.

The announcement reflects the methodical approach that Chinese telcos have taken to rolling out 5G, eschewing software-only solutions in favour of FPGAs that are optimised for networking and security functions and are programmable, such as the solution offered by Ethernity, to complement the software-only solution with increased performance and lower latency, while maintaining the flexibility of CPUs.

The theoretical speeds expected for 5G are extremely fast, between 1 and 10Gbps aggregated download speed with an average throughput per user of 150Mbps (compared to 150Mbps of aggregated download speed with 4G mobile and an average per user of 10Mbps). Similarly, 5G is expected to offer latency as low as 1 millisecond compared to 50 milliseconds of latency in 4G mobile. The current initial trials and roll-outs of several Western operators are based on 4G Evolved (LTE) and do not meet the promised performance and latency of true 5G. Until such performance can be reached, many of the next generation applications that 5G promises to support – including augmented reality for emergency services, remote surgery, mainstream autonomous driving and fully smart cities – will be unable to function.

The FPGA-based acceleration solution offered by Ethernity Networks enables operators to reach these higher speeds and lower latencies, while reducing power consumption and server-based CAPEX, by reducing the amount of required CPU cores. The building and roll-out of new 5G virtualised networks that use NFV technologies has created a need for FPGA SmartNICs to accelerate 5G packet processing at the network edge, where high bandwidth and low latency are a must. Currently, it is anticipated that 5G NFV roll-out for field testing by operators will occur during 2020 followed by mass deployment during 2021, with the majority of the deployment planned for the China market that is driving deployment of 5G.

With 15 years’ experience in delivering network processing technology optimised to fit into low-cost FPGAs, and more than 600,000 deployed instances of network processing technology specifically for the telecom market, Ethernity Networks is actively working with several major Chinese OEMs that currently deliver products and solutions for mobile networks, who are investing time and effort in integrating their software networking offering on top of Ethernity’s ACE-NIC100, embedding its patented ENET Flow Processor to deliver accelerated 5G UPF and SD-WAN solutions.

David Levi, Ethernity Networks CEO, says: “With customers such as FiberHome and others developing their solutions based on our ACE-NIC, it shows that they have selected our solution and will market their software offering with our FPGA data plane acceleration code and software. Any such commitments are expected to generate material annual revenues commencing during 2021, pending the rollout of 5G.

Ethernity is in active project engagements with customers who are deploying substantial resources and investment on their side to build an offering with our ACE-NIC that embeds our FPGA data plane acceleration, which is expected to generate revenue in multiples compared to the company’s existing revenue flow from IP licensing contracts. Ethernity is focused on becoming the leading provider of Router-on-FPGA-NIC , and on increasing customer engagements now that we have the best-in-class system solutions to address these needs.”