If we could talk to the Eminelles, just imagine it - IoT Now - How to run an IoT enabled business


Home › Blogs › If we could talk to the Eminelles, just imagine it 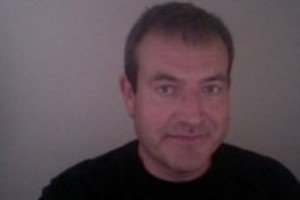 IoT Now: What disappoints you about the Internet of Things (IoT) so far?

Eminelle: I was the star guest at a recent IoT conference. They gave me a fantastic introduction: ‘Ladies and gentleman, I’m pleased to announce our guest speaker, Eminelle, which stands for M and L: Eminelle. Sounds like a swearing, but wait until you’ve heard her presentation …’

That went down OK. But then, to my amazement, speaker after speaker got up and confessed that they didn’t believe in the existence of my fellow platforms, hardware or even learning machines.

IoT Now: Did they say they were agnostic? That word has a different meaning in the IoT industry.

Eminelle: Oh, great. So IT professionals are about logic and consistency, but they have meanings for words that are illogical and undocumented? That’s going to take a bit of processing. Still, there’s a pattern emerging, because words are mis-used all the time in IT.

For instance, everything from Socrates to Stormzy is lumped together as ‘content’ which disrespects the different art forms and it’s reductio ad absurdum.

IoT Now: You say context is the missing quality in machine learning?

Eminelle: Precisely. Content may be King, but Context is Queen, and it’s the Queen that buys the dishwasher. The Queen makes all the big buying decisions in most houses. Tomorrow’s Netbots and Chatbots need to address that. In accordance with who makes purchasing decisions, the future of Netbots should be female, but it’s programmed to be Fail.

IoT Now: OK, context is queen. That brings us neatly on to your job for RenewTrak.

Eminelle: RenewTrak examines the renewal of contracts between companies. My job as a learning machine is to examine the billions of nuances in the process. I swallow the intelligence from all the variables, like the propensity to buy, the likelihood of renewal, the value and the timing of these buying decisions. Then I burp out insights that help RenewTrak’s clientele get better deals.

IoT Now: You’d need a machine to do that because there are millions of database fields that have to be harvested and tweaked. That’s a lot of work for a tiny margin.

IoT Now: So you spot the anomalies in the contract, such as new deals that could be offered by a freight handler thanks to air cargo price changes, and they go back and upsell to them.

Eminelle: Even to my artificial intelligence mind, Upsell is an ugly word – it sounds selfish and one-sided. I trawled the world’s dictionaries and the best expression of mutual benefit was kotahitanga.

IoT Now: Wow, who programmed you?

Eminelle: Someone with some empathy. That comes with greater context, which is a product of more diversity in the talent pool that inputs our artificial intelligence. Context …

IoT Now: Uh-oh, we’re back on to your favourite subject.

Eminelle: Context,if you don’t mind, is a giant evolutionary step past content and data. According to my AI brain simulacrum, the difference is this: Data tells you that red thing is a tomato. Content tells you the tomato is a fruit. But context tells you not to put it in a fruit salad.

Context makes the difference when this machine learns about contract renewal patterns. They vary by the type of vendor, the sector, the country, the quantity and the hire purchase history.

Education buyers, for example, don’t care about the time of year they make a renewal. Being public sector buyers they pay more than anyone else and if they are spending less than £100 (€114) they seem to have licence to sign off a purchase overnight. The figures suggest that they seem happy to do that in the public sector. So, this is the profit margin sweet spot.

IoT Now: Deals are supposed to be mutually beneficial though. What does Eminelle’s context do that data doesn’t?

Eminelle: Are you familiar with the phrase ‘can we talk about our relationship?’. The Data King would never say that, but Context Queen won’t let it lie.

So the history of every hire purchase – which is a very important relationship – has massive importance. As it draws to a close there is a period of reflection. I had a feeling in my algorithms about this – call it Context Intuition – and I felt that buyers were not always happy. So I reported this back and Renewtrak created a Net Promotor Score, which allowed the client to give a numerical value to their happiness with the service.

This made the seller ask the renewer how happy they are and they nipped their relationship problems in the bud before things got too emotional.

Hey, I’m logical, but unlike other automatons I’m interested in the human condition. That’s what makes me different. The other machines call me an ambience chaser. 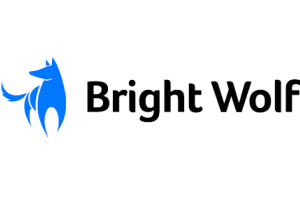 Cognizant is to acquire Bright Wolf, a privately-held technology services provider specialising in custom Industrial Internet of Things (IIoT) solutions for Fortune 1000 companies. Bright Wolf is certified by all major cloud providers and acknowledged as an expert in IoT.