The real cost of ransomware: Protect yourself from cyberattack fallout - IoT Now - How to run an IoT enabled business

Home › Blogs › The real cost of ransomware: Protect yourself from cyberattack fallout 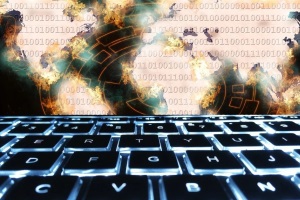 Ransomware remains the most common malware threat to small and medium-sized enterprises (SMEs). In the first half of last year alone, 61% of managed service providers (MSPs) reported attacks against their clients, sometimes multiple attacks in a single day.

At the same time, says Ryan Weeks, CISO at Datto, a recent survey of over 150 European MSPs reported that two in five SMEs had fallen victim to ransomware.

Published annually, Datto’s European State of the Channel Ransomware report examines the threat from the perspective of the IT Channel and their SME clients – and it reveals that ransomware is impacting businesses more than ever before. Tracked year-on-year, the average ransom demanded by cybercriminals has increased, and is now around £2,000 (€2,274).

While this figure might come as a nasty shock to affected businesses, it is, however, in the aftermath of the attack when the real nightmare begins. Ransomware causes system downtime, and the downtime related to such attacks is also quickly increasing. It is up by 300% in Europe, while the global average is 200%.

Even more of a concern, system downtime from ransomware is hitting small organisations harder than their bigger counterparts. Currently, such attacks cost European businesses around £108,000 (€123,000) on average per incident, an eye-watering 54 times more than the ransom requested.

And that is not all. More than half of the MSPs surveyed say their clients suffered a loss of business productivity after a ransomware attack, alongside lost data or devices and decreased client profitability (33%). One in five businesses admitted ransomware had damaged their reputation, with further repercussions down the line. What’s more, in a third of attacks the infection spread to other devices on the network – and in some cases, it even remained on the network and struck again.

It’s not surprising then that over half of MSPs think the devastating effects of a ransomware attack have the potential to bankrupt entire companies.

While recovery is possible – and paying the ransom is not recommended – the ability to restore systems quickly relies on valid and workable system back-ups. Since it can be difficult to pinpoint the source of a threat or how long it has been in an IT environment, MSPs usually rely on a multitude of methods to help their clients recover.

These methods typically include reimaging the server, virtualising the system from a back-up image and running clean-up software. Every organisation, no matter how small, should have a robust remediation plan in place.

Here are nine steps every business should take to minimise its risks of being critically affected by ransomware.

Nine in ten MSPs predict the ransomware threat is only going to increase – and Internet of Things (IoT) devices and social media accounts will be among the next targets. Act now, and be prepared.