Women in Tech: Female leaders to watch in 2020 - IoT Now - How to run an IoT enabled business 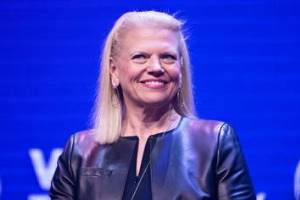 In the 21st century, the tech we use defines a great deal of our lives, no matter our gender. So it’s heartening to see many of today’s top female innovators following the example of tech like Grace Hopper and Katherine Johnson — women who charged ahead and made their mark on the world of technology, says Katherine A. Began of Polycase, we’ll look at six of the most important and exciting names to know.

This list isn’t a definitive power ranking that tracks the rise and fall of women in tech. Rather, it’s a collection of powerful women innovators that you should be aware of as they continue to build and invest in the technologies of the future. If you keep up with tech news, you’ll see a few familiar faces here — but you also might get to know a couple of new women who are moving fearlessly forward with new visions.

Legacy tech giant IBM is going through one of its most critical periods in recent memory, and CEO Ginni Rometty has taken the helm to guide the company to the future. Rometty, a 36-year IBM employee who worked her way up, has positioned the company to compete in the cloud against giants like Amazon and Microsoft by making big investments in IT cloud architecture.

How big? Try US$34 billion — that’s what IBM just paid to acquire open source enterprise software company Red Hat. Time will tell if Rometty’s strategies succeed, but in the meantime, she’s working hard to create culture change in IBM’s workplace by increasing paid maternity and paternity leave, as well as offering options for women employees to ship their breast milk home to their babies while travelling.

Natural Cycles, an app that allows women to easily track their fertility, has been a smashing success thanks to the hard work of its creator, Elina Berglund. Berglund began her career as a particle physics researcher at CERN before switching her focus to family life. But it wasn’t long before her curious mind was working again, and she began investigating alternatives to hormonal birth control for family planning.

Natural Cycles was the result, and it’s now a bona fide tech success story — albeit one with a few caveats. Nearly a million women worldwide now use the app, which allows women to track their basal body temperatures and then feed the data into an algorithm that uses it to predict fertility. The app has raised more than $37 million in funding from investors to date, but it’s now facing backlash from some women who see its marketing as misleading and have experienced unwanted pregnancies. No matter what ultimately becomes of Natural Cycles, however, it’s clear that Berglund has helped establish the connection between your body and your tech.

The world is grappling with an epidemic of loneliness, and groups such as seniors and children with long-term illnesses are especially vulnerable. Norwegian engineer, Karen Dolva is doing something about it through her start-up, No Isolation, which creates tech that fosters social connection for vulnerable people.

No Isolation offers two main products. One, AV1, is a robotic avatar that allows chronically ill children to participate in the classroom, complete with emotive expressions and an integrated phone and tablet app. Another, KOMP, is an ultra-simple video chat device designed to be easily operable for seniors. Inside KOMP’s clean and simple plastic enclosure is the technology to connect seniors with their loved ones at any time of day, plus widget functions like weather reports.

Both devices share Dolva’s goal of using technology to reach out to the most vulnerable in society and ensure that they have the social support they need.

Snap Inc. (the maker of Snapchat) has had a roller-coaster ride since its initial public offering (IPO), but Tammarian Rogers is there to make sure that the technology underneath the company’s multi-billion valuation is always sound. Rogers has a long track record in tech, working at both Microsoft and Apple before joining Snap – and she’s now a key part of Snap’s team as its centrepiece app grows to maturity.

Rogers has been at the head of several of Snap’s most important initiatives, including stabilising Snapchat’s performance for Android users and continuing to ensure the app’s development as a staple of youth culture and social media technology. Rogers also does consulting work through OPTYVA, a firm that focuses on transformational business strategies to power sustainability and innovation across racial and gender lines in 21st century tech.

DiDi Chuxing, China’s answer to Uber and Lyft, is one of the most valuable and ubiquitous apps in the Chinese market. With over 550 million users on its platform, DiDi Chuxing is quickly becoming a staple of the Chinese tech sphere, and an extraordinarily smart and tenacious woman named Jean Liu is at the helm.

Liu’s legacy will depend on how she steers the company through its current rough patch stemming from two horrifying and high-profile incidents in 2018. But she’s already won in some of the most important ways: She’s beaten breast cancer at age 37 and manages to find time to balance her career with being a mother to three children.

Two decades into the 21st century, it’s clear that businesses that want to compete must have access to real-time data streams when and where they need them. Neha Narkhede’s company, Confluent, is on top of that. She cofounded Confluent as a platform that gives businesses access to real-time data streams that they can use to make smarter decisions.

Narkhede grew up in India and became a computer nerd as a child, before moving to the U.S. and getting a job at LinkedIn. In 2014, she and two LinkedIn co-workers founded Confluent, helping to design the open-source Apache Kafka platform in the process. Narkhede is now among America’s richest self-made women, and she’s poised to continue as a tech leader well into the new millennium.

As these varied profiles illustrate, the achievements of women in tech are impossible to pigeonhole. As the world of tech evolves, it will continue to make big demands of its leaders — and these women are better-positioned than most to meet those challenges.

The author is Kate Began, the sales and marketing manager for Polycase.

The author is Kate Began, the sales and marketing manager for Polycase. She oversees the customer service representatives, assists with product development and leads the marketing efforts from the Avon, Ohio headquarters. Kate is also an avid Cleveland Indians fan!