Home › Blogs › Innovation in private networking: Set up and change bandwidth and duration on the fly 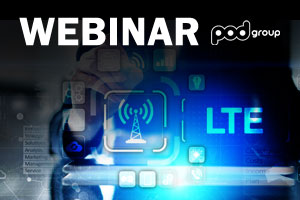 IPX doesn’t compete with the ’Net but it does offer an attractive alternative option for service providers and mobile network operators (MNOs), who use it to exchange traffic. Pod Group accesses this network through four points of presence (PoPs), two in the USA and two in Europe, which allows the company to operate its own distributed, secure IP core network and market innovative LTE / 4G services.

For example, on-demand private connectivity with bandwidth and duration that can be set up and modified on the fly. But that’s just for starters.

Enterprises can use IPX services to route traffic between private and public clouds using private, dedicated connections. At each PoP traffic is routed according to policy and routing rules. Connectivity links go directly from this network into a public data centre or a cloud service. The result is a private, stable and secure data channel. In addition the same connections can be used for a secure, site-to-site VPN service that operates from the PoPs.

Networking slicing allows multiple logical networks to run on top of a shared physical network infrastructure. On a private network it enables the business community to define and employ different customised connectivity services in order to match performance to individual application requirements.

Dedicated slices can be delivered on-demand and employed as and when they are needed, and multiple real-time requests can be handled simultaneously. And devices can be ‘quarantined’; in the event of a data breach or attack, they can be moved into a separate slice thereby mitigating the risk.

The EPC (Evolved Packet Core) is a key component of an LTE network. Today it can be implemented in software, thereby enabling public network functionality to be employed in cost-effective private networks. Expeto, a venture-backed, Canadian company, markets a solution that employs an EPC to provide seamless roaming between private and public networks.

It is deployed in a PaaS (Platform as a Service) model, which enables the IoT network to operate like the corporate LAN. Policies, network configurations, Quality of Service (QoS) and native security policies can be managed across all networks and devices.

Now it gets interesting

Let’s keep things simple but not too simple. A recent partnership agreement between the two companies enables Expeto’s EPCs to be installed within Pod Group’s private networks. This enables employees and IoT devices to send and receive data from authorised public networks. However, data coming into the business environment needs to be secure, ideally as secure as that communicated over the private network.

This is realised by monitoring traffic coming from the POPs on Pod’s network and running it through a data appliance in order to determine the type and the source. The content is subsequently examined by algorithms, which are signature-based, heuristics and anomaly-based in order to detect anomalies. Alerts are generated if anything suspicious occurs. In addition, machine learning is employed so that the system learns which traffic is normal for each device.

What is there not to like about robust LTE private networks? A decade ago LTE was a breakthrough development, much more than a step up from 3G. A decade later it has evolved into a comprehensive set of communications services enabled by a platform having Gbps data rates, low 50 ms latency and customised connectivity. And when companies own this precious resource, IT management can take control of performance, security and resilience as required for their operations.

They can determine user authorisation, how resources are employed and how traffic is prioritised. And on a private network data transfer is also secure, it remains on the company’s premises. In addition ownership allows these networks to be amortised; the financial model changes from OpEx to CapEx.