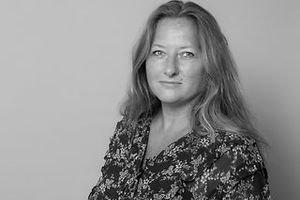 Asked on the recent inaugural Tech Trends Podcast (download free here) what lay behind NTT’s decision, George Malim, IoT Now’s managing editor says, “I guess there’s a lot of contributing factors. One is the fragmentation in the low power wide area connectivity market. There’s Sigfox, there’s LoRa, there’s still 2G, it depends on what market you are in, and I think that confusion is one element.

Another element is the volumes just haven’t arrived we’re looking at very thin margins. Some providers are offering you down to maybe a euro or dollar a year for the SIM cards in this space over a long period and that means you’ve got to have billions of connections and without billions of connections the technology possibly doesn’t stand up.

“I think the third thing in the room is 5G. Telecoms providers are basically focusing nearly all of their investment on 5G. NTT itself announced at the end of last year it’s going to retire its i-mode service. Now, that’s pretty much Japan-specific, but it did have tens of millions of subscribers, and it probably still does.

I think it peaked about 10 years ago with close to 50 million subscribers. So, it’s just a basic mobile data service. But for NTT to say they’re going to give up on i-mode is symptomatic of putting all their eggs in the 5G basket. It’s either that or they just don’t like hyphens in their technologies,” he joked.

Malim points out that the economies of scale only come when the market comprises tens of billions of connected Things. Building a dedicated network like NB-IoT for a smaller market does not give the expected savings. In these circumstances, Malim maintains, NB-IoT probably doesn’t look much cheaper than modelling done around LTE-M, for example. The same pattern is not necessarily true in other markets outside Japan. Vodafone is heavily committed to NB-IoT and so are others.

As he reports, in the past month several European operators have signed their first Narrowband IoT roaming agreements. The co-operation will cover Deutsche Telekom, Swisscom, Telia Company and Vodafone bringing mobile IoT roaming services to a further nine European countries on top of DT’s NB-IoT roaming in nine of its own markets. The roaming agreements are a response to customer demand for international coverage and service continuity for the growing number of IoT devices.

In the same podcast, Matt Hatton, co-founder of analysts Transforma Insights comments, “I think the essential challenge is that there hasn’t been a de facto standard for… the low power wide area (LPWA) space.

It’s pretty fragmented compared to the likes of the personal area network which is all Bluetooth or the local area network, which is predominantly WiFi with a bit of 802.15.4 thrown in for your industrial applications. You’ve got NB-IoT, which is really the only candidate for nationwide, wide area connectivity for that narrowband deployment. But it’s had its teething problems. Those quick and cheap upgrades really weren’t, and the battery life hasn’t quite been what’s been hoped.”

“NB-IoT has been a problem child for some time,” according to Robin Duke-Woolley, CEO and founder of UK-based Beecham Research. “It is way behind Cat M1/LTE-M in implementation and is not currently achieving the benefits in particular, the power savings hoped for. Unlike CatM1, NB-IoT is not designed for roaming and that is OK for a technology that is aimed at static applications.

“However, NB-IoT implementations in different networks and different countries do not currently interwork so when the product is manufactured you need to know in which country it will end up. Further than that, there may not be interworking even between NB-IoT networks in the same country, so if you have an NB-IoT device on Network A in a country, you might not be able to move it to Network B in the same country.

In other words, if you choose NB-IoT, you may end up being locked in to one operator indefinitely. This is an issue that has been the subject of much discussion and head-scratching at 3GPP to overcome and, as far as I know, that work is continuing but remains a problem for now.”

“In contrast, CatM1 has never provided implementation issues. It works well,” adds Duke-Woolley, “is very reliable, and can be implemented on any network that runs CatM1. It is not quite as low-cost and power-saving as NB-IoT is aiming to be.

My reading is that NTT has decided to put its narrowband cellular efforts behind CatM1 for this reason. It is also worth noting that NTT has been working on LoRa for several years and is a member of the LoRa Alliance. It may well now use LoRa / LoRaWAN as its lower cost narrowband alternative to CatM1 in the same way that Orange in France, for example, is already doing.”

Pricing is not too low

IoT needs to see prices at that level to connect everything everywhere, but to do that needs a lot of standardisation and automation. If NB-IoT cannot provide that, then other technologies will be pushed more heavily to provide that.”

For a US perspective, I turned to Samuel Hale, analyst and IoT implementation specialist at MachNation. Why does he think NTT has terminated its Narrowband IoT services? Hale replies, “NB-IoT is a volume game. Unless a carrier has huge volume or expects it within a reasonable timeframe it’s very expensive to add all the hardware needed on the network side to support NB-IoT. At full scale, NB-IoT is arguably cheaper than LTE Cat M1 to support deployments like smart metering. But if a carrier doesn’t believe that these smart metering-type solutions are going to be pervasive enough, then making the case to support NB-IoT fades.”

What’s the impact outside Japan?

So, will NTT’s decision affect NB-IoT use outside Japan? If so, what will the impact be and where?

Hale suggests that, “NTT withdrawing from NB-IoT isn’t the straw that broke the camel’s back. NTT’s decision to drop NB-IoT will not impact China’s decision to stick with NB-IoT in the near term. China likes NB-IoT for reasons unrelated to technology. However, in the longer term it is likely that Europe will drop NB-IoT. And we already know that North America is more likely to adopt LTE-based solutions than NB-IoT.”

The last word on possible consequences outside Japan of NTT’s decision goes to Duke-Woolley. Yes, he believes it may have a wider impact, “although there is currently heavy commitment to NB-IoT in many countries. It is really a question of whether NB-IoT can deliver the low cost, power saving and other benefits that it has been expected to do and if so when.

The tide may be turning against NB-IoT as the main way forward for low-cost connectivity for the wider Internet of Things.It is not yet too late for this to be turned around but the issues with NB-IoT need to be addressed if they are to be and it is getting late in the day.”

The author, Jeremy Cowan, is editorial director of IoT Now, VanillaPlus and The Evolving Enterprise.