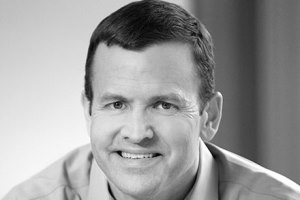 The financing, which comes in the wake of recent, unanimous regulatory approval modifying Ligado’s spectrum licenses, is the first tranche of new investment in the company’s future. The funding demonstrates significant commitment from investors to help Ligado advance American competitiveness in the race to 5G, as well as spur economic recovery.

“With this new round of capital, we are better prepared than ever to do exactly what we’ve said: get this mid-band spectrum deployed to support the next-generation wireless networks needed to bring America’s critical infrastructure and essential services into the 21st century,” said Ligado CEO Doug Smith.

“The investments will create American jobs, expand innovation and directly enhance critical industries such as first responders, health care workers and supply chain personnel that depend on ubiquitous and ultra-reliable networks to protect and secure American lives.”

“At a time of unprecedented uncertainty at home and abroad, we stand ready to help boost America’s economic progress, job creation and national security by providing critical support to the companies and workers that this country can’t live without – which is important now more than ever,” Smith said.

As the company moves into this new phase of development, it is also taking steps to enhance its current services and introduce new offerings to current customers. These include facilitating Internet of Things device operations across both satellite and terrestrial networks and providing spectrum partnerships to mobile operators, supporting the wireless networks that millions of Americans use every day.