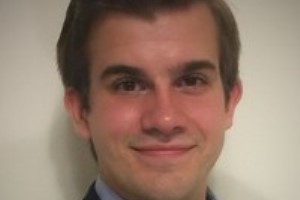 Will Hastings of PTC

The first installment of this two-part article by Will Hastings, research analyst manager at PTC. Software as a Service (SaaS) adoption has reached a tipping point in the product lifecycle management (PLM) and computer aided design (CAD) markets.

The first installment of this two-part article probed the hypothesis that the COVID-19 crisis could be a catalyst for increased adoption of SaaS-based CAD and PLM software. A survey conducted by PTC of 150 leaders in engineering design, manufacturing design, and product lifecycle management revealed several positive datapoints to support this hypothesis. Key findings detailed in that article include:

While the previous article focused on the drivers of SaaS adoption, in this article we will explore some of the key hurdles identified in the survey. These hurdles took two forms: apprehensions of SaaS technology and general adoption behavior.

Of the eighteen business drivers that survey participants were asked to evaluate, SaaS scored higher marks than On-premises deployment on all but two: Local accessibility (the ability to access software functionality without an internet connection) and cyber security. We’ll explore both of these briefly.

The low score that SaaS received for local accessibility comes as no surprise. It simply illustrates that the market understands a fundamental limitation of SaaS: services are only available via an internet connection. A known limitation, however, does not necessarily translate to a significant hurdle of adoption. Another question in the survey provides some clarity on this point. When asked to identify barriers to SaaS adoption, the two that related to local accessibility, “Downtime & potential business interruptions” and “Regulatory or compliance issues” were among the three least significant (Figure E).

Cyber security, on the other hand, appears to be a more impactful concern with regard to SaaS adoption. The survey participants were split fifty-fifty on whether On-premises or SaaS was a more capable deployment model when it comes to ensuring cyber security. In the follow-up question 59% of survey takers identified security as the key barrier to SaaS adoption (Figure E). While it’s evident based on this datapoint that cyber security concerns may slow SaaS adoption, it is unclear if the concern is warranted.

Are these concerns based on a comprehensive understanding of the state of cloud cyber security or a bias that stems from the risk averse, conservative nature of engineering and manufacturing companies? In either case, further dialogue between vendors and customers is necessary to determine where these gaps, either in understanding or competency, exist.

A necessary shift in adoption behaviour

Likely the biggest hurdle for the adoption of SaaS CAD and PLM has nothing to do with SaaS, but with the nature of traditional CAD and PLM solutions. This software is sticky. Companies that use CAD and PLM often have years if not decades worth of files tied to their systems and users often develop strong preferences for the tools that they’ve grown accustom to.

Transitioning to new solutions, regardless of the preferred deployment can therefore be a daunting task both logistically and culturally. Now, some SaaS capabilities help to alleviate the pain of a traditional CAD or PLM migration. With SaaS solutions, for example, there is no installation process, there is often far more out of the box configurability, and the service can scale with the customers business as needed. Despite these advances in technology that help to alleviate the pains of transitioning to new software, it became evident that some survey respondents still possess consumer behaviors tied to traditional expectations.

With that in mind, PTC’s final survey question asked respondents to share the internal or external events that triggers their CAD organisation to evaluate their solution against the market. The survey identified three types of consumer behavior. 45% of respondents were considered opportunistic. These organisations evaluated their CAD options on a project-by-project basis (25%) or when vendors released new updates or features (20%). 31% of respondents took a conservative approach. These organisations investigated opportunities for new CAD solutions at pre-determined time-based intervals. The remaining 23% of respondents had no formal strategy and rarely evaluated their software against the market (Figure F).

For a long time, the conservative strategy or the lack of strategy described above were completely adequate. Innovation in engineering and manufacturing industries was rooted more in organisational strategy and employee excellence than the tools they used to execute. But CAD and PLM, along with new solutions like IoT, are disrupting the traditional. Technologies like generative design, 3D printing, augmented reality and artificial intelligence and strategies like digital twins and digital threads are reshaping what we should expect from CAD and PLM.

These solutions are no longer slow-evolving, mature technologies and they are playing a bigger role enabling disruption. It is clear as markets continue to demand greater innovation and new technologies become easier to implement, that a greater portion of companies must shift toward a more opportunistic approach to software adoption. It shouldn’t come as a surprise if SaaS solutions are the preferred option.

The author is Will Hastings, research analyst manager at PTC.

Click here for more on PTCs perspective on SaaS in product development: