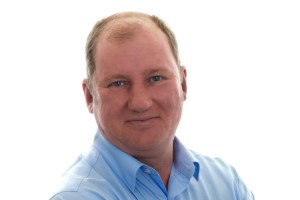 What progress has been made in ‘democratising’ the Internet of Things (IoT) and how will next generation satellite solutions provide the key to deliver truly affordable, universal access? Alastair Williamson, CEO at Wyld Networks reports.

A lot of ink has been spilt writing about the democratisation of the IoT and it comes as no surprise that it means different things to different people, based on how they approach the subject.

Over the last few years, IoT has emerged as one of the most important technologies of this century. The concept is to connect everyday things from health monitors to streetlights and kitchen appliances as well as industrial devices and environmental sensors to the internet via embedded IoT modules to create communications between people, process and things. The aim is to deliver increased efficiency and streamlined processes as well as providing rich, insightful and actionable data to better the world we live in.

Digital systems can record, monitor and adjust each interaction between connected things so the physical world meets the digital world and they cooperate. However, it has only been recent advances in technology that has made this vision that physical things can share and collect data with minimal human intervention practicable.

If we break these enabling technologies down, we can categorise them as follows:

Each of these technologies has a claim to enabling the ’democracy of the internet of things’.

Data analytics and AI can be shared through user-friendly platforms direct to end users. Many processes can be automated or have alerts and messaging automated for better decision making. Low cost, low power sensor technology can make it affordable to develop and deploy IoT objects in the field. You could justifiably make a play that security has also democratised the IoT, as it ensures that data being generated with IoT devices cannot be corrupted or intercepted.

But all these technologies combined do not truly deliver the democratisation of the IoT. Today, some 3.5 billion people do not have access to or cannot afford the internet. Mobile networks only cover 20% of the earth’s surface. A significant chunk of the world population does not have the connectivity they need to benefit from Industry 4.0. Furthermore, low-cost access only covers about 1% of the earth surface.

Satellite IoT is set to change this. The true democratisation of the IoT is when we have universal, low-cost access to the wireless networks that power the internet and underpin the IoT.

According to McKinsey, IoT in agriculture could add US$500 billion to global GDP by 2030, a critical productivity improvement of 7% to 9% for the industry if connectivity issues can be resolved.

A farmer in Colombia or Sudan can increase their crop yields by deploying low-cost sensors coupled with low-cost access to the internet. A study conducted by OnFarm, found that the use of IoT on the average farm, increased yields by 17.5%, reduced energy costs from $13 to $7 per acre, and cut water use for irrigation by 8%. The U.S., where IoT is most widespread, produces 7,340 kgs of cereal per hectare of farmland, compared to the global average of 3,851 kgs of cereal per hectare.

A retailer in Indonesia can affordably build its business by tracking transportation vehicles, goods and supply chain to make informed decisions that benefit the economy.

A doctor in a remote part of Brazil can cost effectively upload data collected from patients with health and biometric IoT devices for analysis and predictive health prognosis. Billions of IoT sensors could be deployed to monitor climate change around the world to collect data and make proactive decisions that will counter negative environmental impacts.

Next generation satellite – the great enabler

Satellite is set to transform the application of IoT in areas such as agriculture, energy, construction and government and security. It has already solved some key issues with global coverage through visual monitoring of the Earth, tracking weather patterns, transportation at sea and field dynamics for agriculture. But this is observation from above rather than gathering data coming from the Earth to space. It is also not easily-affordable data and often not granular enough for end user applications.

However, the next generation Satellite IoT technology being developed could have the answers to scale, access to data and affordability.

Cost for access to the internet for these IoT devices using this technology is expected to be only a few dollars per node per year. With sensors able to run off low voltage batteries or small solar cells, this will enable IoT technology to reach everyone – even those living in otherwise unconnected or remote areas.

The cost of next generation satellite IoT modules required to connect to satellites is going to be reduced by a factor greater than 100x from traditional solutions. So, this revolution in satellite IoT technology will overcome the two key barriers to universal access – global coverage and affordability – and as such can truly be termed as technology to democratise the Internet of Things.

The auhor is Alastair Williamson, CEO at Wyld Networks.