Connected building automation to total 34.4mn systems in North America and Europe in 2024 - IoT Now - How to run an IoT enabled business 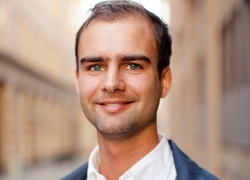 According to a new research report from IoT analyst firm Berg Insight, the installed base of connected building automation systems in Europe and North America reached an estimated 20.5 million systems in 2019. This include building systems that are connected to the Internet and can send data to a backoffice platform.

Around 3.2 million connected building systems were shipped in the two regions in 2019. Berg Insight estimates that the installed base will grow at a CAGR of 11.0% in these two regions to reach 34.4 million connected building automation systems in 2024. The building automation market in Europe and North America generated at the same time revenues of close to € 29.5 billion in 2019. The market will grow at a CAGR of 10.4% to €48.4 billion in 2024.

Building automation systems include a wide range of solutions for controlling, monitoring and automating functions in buildings such as commercial office spaces, retail stores, hotels, schools, hospitals and industrial buildings. In this report, building automation systems are grouped into six primary categories: HVAC and energy management; lighting and window control; fire safety, security and access control; elevator and escalator management; audio, video and entertainment; and water management. The building automation market is served by a range of different actors, spanning from small start-ups to major corporations that operate globally in various industry sectors.

The leading Building Management System (BMS) providers include large companies such as ABB, Honeywell, Siemens, Johnson Controls and Schneider Electric. These players are also the leading actors in one or several of the segments in this report. Leading providers of HVAC control products include Delta Controls, Distech Controls, KMC Controls and Danfoss.

Major lighting and window control solution providers include Signify, Acuity Brands, Lutron and Somfy. The markets for fire safety, security and access control are led by Assa Abloy, Axis, Carrier and Tyco. The elevator and escalator management market is dominated by KONE, Otis, Schindler and ThyssenKrupp while the audio, video and entertainment segment is served by AMX/Harman, Crestron, Elan Home Systems and Extron. Water management is a smaller segment and includes market players such as Apana and Banyan Water.

Building automation has been around for many decades but there is a new urgency due to factors such as energy conservation as well as mandates for green construction. IoT, cloud computing, data analytics, deep learning, artificial intelligence and other new technologies allow building owners to easily measure and conserve energy. These technologies also help reduce operational expenditures, meet stringent global regulations and sustainability standards as well as increase occupancy comfort. “New sensor-based solutions that provide real-time data on indoor climate, workplace occupancy and space utilisation have really gained traction during the past few years,” says Martin Backman, senior analyst, Berg Insight.

Building automation systems can help boost workplace productivity and optimise office space, which in turn cut costs and increase revenues for companies. Data generated from these solutions can also be used to reduce the spread of viruses and other diseases inside buildings, something that is ever so important since the outbreak of COVID-19. “Providers of occupancy and space utilisation applications now market their services as a tool to help workers return to work safely,” concludes Backman. 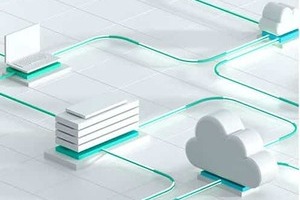 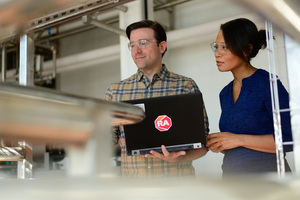 Emerging technologies such as advanced analytics and artificial intelligence (AI) are transforming the manufacturing sector. The factory floor is awash with data driven by the growth in Internet of Things (IoT) sensors. But, says Mike Loughran, CTO for the UK and Ireland at Rockwell Automation, data alone is not a useful commodity. This data needs context and