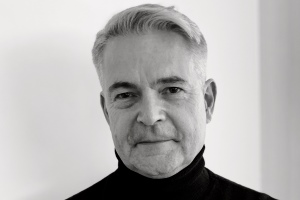 Alan Payne describes the extraordinary path that has brought him to become CIO at Sensyne Health, and the lessons learned along the way.

Alan Payne: As a child, and even into young adulthood, my ‘dream job’ wasn’t in IT. In fact, my first real job was as a qualified chef where I worked for a couple of months under Raymond Blanc and was head chef at a restaurant called Oxford Cellars. I’ve even cooked for the queen!

This was during a voluntary year off whilst I was studying for my accounting degree at Oxford Brookes. After graduating I started a career as a graduate management trainee at BAE Systems in the army weapons division in Stevenage, where I joined one week before the Falklands War started.

This was where my interest in IT began. The team of 270+ accountants weren’t using computers – the one PC was still in the box in the corner. I took it upon myself to unbox it and teach myself how to use it. I was the first person in the organisation to put all the accounting on to a microcomputer. By the end of the first month, I had queues of people asking me for help and that kick started my interest in computers as a vehicle to facilitate productivity and improved outcomes.

Alan Payne: If I could give myself some advice before I ever became an IT leader, I’d say don’t just manage up, manage around yourself and your peer network. This includes your teams, stakeholders, and influencers. Importantly, make sure to look after yourself; the hours you work don’t matter; it is the results you achieve that do. Ultimately, that’s what you’ll be recognised for.

Alan Payne: I’ve worked at a number of different organisations around the world, across various sectors. I was an entrepreneur for several years working on four different continents, and was in banking for the first 15 years of my career. I’ve held roles including CTO at Merrill lynch and I also ran global financial systems and operations at JPMorgan Chase. I also spent two years managing financial systems for Oracle in Asia, running a sales force in 29 countries, including China.

I’ve learnt a lot from all of these experiences, and it’s my diverse career background that has facilitated my outlook and ability to respond positively in various situations. For example, my decision to run a sales force at Oracle was a deliberate move for me as a CIO to understand revenue generation, which was where I learnt a lot about where business value occurs and how a business creates and retains it.

In retrospect, I don’t think I needed 13 years of global experience. It can be hard on family and hard on yourself, particularly with the amount of air travel you need to do to accommodate. I also wish I’d moved into the healthcare sector earlier.

Alan Payne: We are using mobile phones to collect clinical data in seamless ways, which is an exciting development and helping to make the user experience as frictionless as possible. To name a particular project, I’d call out SEND, Sensyne Health’s e-observations system. The system currently runs in nearly 100 UK National Health Service (NHS) wards in two large trusts, and operates by using a tablet for data entry and, mounted on the same stand, the monitor to measure vital signs. This removes any barriers preventing timely data entry, and avoids the need for a hand-held device. As a result, IoT is helping to optimise care and improve patient outcomes.

To date, SEND has enhanced the clinical care of 167,000 patients in all of all the adult wards throughout the Oxford University Hospitals NHS Foundation Trust and has already generated more than 33 million observations since January 2015. It’s exciting to think about how the use of IoT in clinical settings can continue to develop beyond this!

Alan Payne: I have been privileged to work for some stellar leaders during my career, but the worst is definitely myself! As an entrepreneur you have to hold yourself to a very high standard, so I end up telling myself off a lot!

Alan Payne: My first visit to China, and specifically to the Bank of China HQ in Beijing, was definitely the most memorable. If you measure success by the size of the atrium, it’s the best company in the world. The building is both massive and beautiful. That one trip aside, working on four continents during my career has given me many fantastic experiences – I have been very lucky!