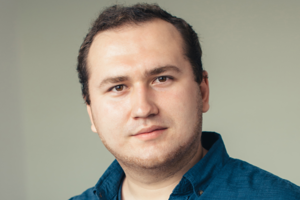 5G networks will revolutionise the Internet of Things (IoT). But it will take several years for the technology to cover most of the planet. Thanks to LoRaWAN, you don’t need to wait, says Sergiy Seletsky, IoT practice leader and senior solution architect at Intellias.

According to Gartner, around 5.8 billion enterprise and automotive IoT endpoints will be used throughout 2020, which is 21% more than in 2019. Telecom networks will soon struggle to handle the load.

IoT experts put hopes into 5G as the IoT connectivity standard of the future that will replace physical networks and enable real-time responsiveness. The keyword here is ‘future’. Ericsson predicts that 5G technology will only be available to two-thirds of the global population by 2025.

With so much hype around 5G at the moment, people frequently neglect an alternative that has been there for five years: low-range wide-area networks (LoRaWAN). In many instances, LoRaWAN can replace 5G, at least until 5G becomes available worldwide.

5G technology is in the limelight because of its unprecedented speed and signal quality. It will make connected devices exchange data up to 50% faster and in much bigger chunks, which promises a breakthrough across all industries.

In healthcare, 5G will enable robotic surgery by providing high-quality video streaming and immediately responsive connected surgical devices. Emergency services will use 5G to respond to situations immediately. City cameras and camera-equipped drones will be able to identify an emergency and send information about it to the control room in seconds.

5G will also have more industrial employees working from home than during the pandemic. They will manage their devices remotely in real time from a PC, tablet or smartphone. This could further promote the development of the oil and gas industry, whose facilities are often located on adverse terrain.

Finally, 5G networks are crucial for driverless cars. It allows them to connect with city infrastructure and adjust to travel conditions in real time. This technology will unleash the power of smart cities, where everything is interconnected and operated by artificial intelligence.

To build a 5G network in an area, you need to build specific infrastructure from scratch. Although 5G is preceded by 4G, it requires different antennas, new fabric networks and additional transmitter towers.

Building this infrastructure is a long process and an expensive one. The European Commission estimates that introducing 5G to every town and city in Europe will cost €500 billion.

Moreover, consumers and manufacturers haven’t been particularly enthusiastic about 5G technology so far. According to a recent survey by GSMA, only about 30% of Americans and 11–23% of Europeans have stated that they would get a 5G phone as soon as the technology is available.

Which one of the following will be “much more important” to your firm’s recovery?

Source: Technology priorities of businesses in the post-pandemic era

As a result, the adoption of 5G remains slow.

LoRaWAN as an alternative to 5G

LoRa/LoRaWAN can do most of the same tasks that 5G can do just more slowly and cheaply. You are unlikely to use LoRa for transmitting video and sound. LoRa’s speed ranges between 0.3Kbps and 27Kbps, which means it will take several hours to transmit an image and several decades to stream a movie.

However, LoRa is great for many other uses.

The technology was originally developed for industrial IoT sensors, not consumer devices. It is used to transmit short packages of data (about 240 bytes) and does not support a network IP stack. This makes LoRa suitable for transmitting temperature, humidity, vibration, lighting and similar data.

LoRa and LoRaWAN stand for the long-range protocol and long-range wide area network. They are based on LPWAN, the low-power wide-area network technology.

In this post, I will not go into too much detail about how LoRa and LoRaWAN work and relate to each other. Instead, let’s take a look at what makes them a viable alternative to 5G technology.

LPWAN-powered devices can talk to each other over long distances, even if each of those devices is in a separate building. Moreover, their batteries last longer than the batteries of devices that use 4G and 5G. A LoRa-based device can work for up to ten years with one battery, whereas a 5G device will only last several hours.

Since 2015, when LoRaWAN was created, a variety of LoRaWAN sensors and devices have been developed. LoRa Alliance, a non-profit association of companies that use the technology, has grown to more than 500 members. Here are some remarkable figures from the Alliance:

How LoRa is used

With LoRa, IoT can be applied across multiple areas. These may include the management of vending machines, hotel infrastructure, agricultural equipment, hospital facilities and even smart cities.

The Smart Seoul Network a.k.a. S-Net will have up to 1000 LoRaWAN gateways by 2022. They will enable smart parking lots, street lights that can call the police in case of emergency, a system monitoring people with dementia and more.

The future of LoRa

In 2019, British IoT satellite provider Lacuna Space set out to cover the globe with LoRaWAN. In July 2020, the company’s CTO stated that Lacuna Space was “receiving LoRaWAN messages from a sailing boat which is literally in the middle of the Atlantic Ocean”.

A global LoRa network will inspire developers to build more LoRa-powered apps, which will help secure the technology’s future.

So, if you are in the IoT business, I suggest using LoRa/LoRaWAN until 5G technology becomes more widespread. And even when this happens, I suspect LoRa might still be the telecommunication technology of choice for many businesses.

Some devices that use LoRa are also connected to narrowband IoT (NB-IoT) networks. NB-IoT is an LPWAN standard developed by the same authorities who developed protocols for 4G and 5G.

In other words, this is a cellular technology that:

As a cellular technology, it also boasts higher bandwidth than that of LoRa.

NB-IoT does not require specific infrastructure to be built: it only requires software. Because of that, this type of network can be easily scaled to cover millions of devices. However, the number of such devices remains much lower than the number of LoRa devices.

In terms of weaknesses, the main issue is that NB-IoT soaks up a lot of power, so device batteries die really fast.

That is why I believe that LoRa is a better temporary replacement for 5G than NB-IoT.

After reading this article, you should have a better practical understanding of the main telecommunication technologies of the near future: 5G and LoRa.

You might be under the impression that there’ll be a competition over the market between the two technologies, and that LoRa will lose and become history. Yes, they might compete over certain segments, which is good for the industry as this will help it advance. But I don’t believe that 5G will kick LoRa out of the game. Cars did not replace bicycles and trains, after all.

Sergiy Seletsky is and IoT practice leader and senior solution architect at Intellias. Sergiy helps companies harness the right IoT technology stack to scale business and make it future-proof. Strategic thinker with extensive knowledge of the IT Industry in a wide variety of innovative solutions for different business domains.