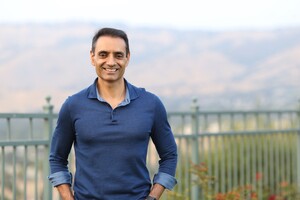 This aims to securely extend its enterprise infrastructure into the cloud. Alkira is a Palo Alto Networks Emerging Technology Partner. Koch is said to be one of the largest private companies in America with an estimated annual revenue of $115 billion (€96.66 billion), according to Forbes,

Koch Industries’ global business required greater agility from its complex network infrastructure to respond quickly to its business needs across the globe. This became even more critical during operational challenges over the last year, which accelerated the company’s shift to a secure network cloud.

Adding regional support was slow on provisioning and setup of network security, so Koch sought a simpler, comprehensive and faster network and security solution delivered from the cloud.

Alkira enables us to draw our entire end-to-end network on a digital design canvas, and provision it in one click, so it’s ready for use. With Alkira CSX there is no hardware to procure, no software to download, and no cloud to learn. The Alkira integration with Palo Alto Networks has resulted in a flexible and elastic firewall deployment with policy creation, auto-scaling of firewalls and overall reduced complexity at Koch.”

It takes the Koch team only minutes to configure Alkira’s network cloud and Palo Alto Networks VM-Series firewalls, and less than an hour to provision the solutions. The entire security network was set up in a few hours. The solution can serve approximately 120,000 Koch employees doing business in more than 70 countries:

This expands Koch’s ability and confidence to securely grow their cloud footprint while maintaining regulatory compliance around the world. We couldn’t be more excited about partnering with Alkira to provide these advanced capabilities within Koch Industries.”

Customers can deploy and configure VM-Series with a few clicks using the Alkira CSX Portal and have full end-to-end visibility into network segments and the attendant security policies. Alkira’s patent-pending, consistent hashing maintains traffic flow symmetry and customers benefit from auto scaling VM-Series instances up and down based on traffic load.”