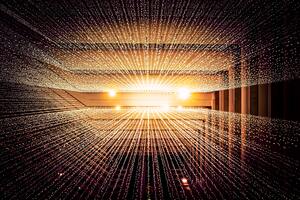 The Internet of Things (IoT) market continues to show dynamic growth. Analyst, Transforma Insights recently forecast that the number of connected IoT devices worldwide is set to grow from US$7.6 billion (€6.39 billion) in 2019 to $24.1 billion (€20.26 billion) in 2030.

So, IoT is growing fast, and all the indications are that it will continue to do so, says Alan Stewart-Brown, VP EMEA, Opengear. 5G, for example, will be a strong enabler in the expansion of IoT, and supports the opportunity for businesses to scale their networks, given the speed and versatility it will bring them.

Finding a way to scale

On the back of this growth, organisations are increasingly looking to leverage IoT as a means of improving asset utilisation, enhancing productivity and delivering enhanced real-time analytics. But the growth of IoT and expansion of IoT networks also has implications for network resilience.

Arguably, the most often overlooked and under budgeted issues of IoT scaling are not the initial build out, which is typically well planned, but the long-term maintenance and support of what can quickly become a huge network of devices, often deployed in difficult-to-reach locations.

In a sense it is a reversal of the trend we saw playing out 4-5 years ago, when we witnessed the centralisation of complexity from the edge of the network to the core data centre.

However, many traditional data centres are not able to handle the large volumes of data collected by IoT devices. Furthermore, IoT applications require quality features such as low latency with high scalability, reliability and availability. To accommodate this, IoT deployments will need to operate within network infrastructures that have the capacity to deliver such demands.

As the use of IoT escalates, we see two universal requests from internet users across the globe more and faster. As a result, it makes logical sense for organisations to start processing data closer to where it’s generated the network’s edge. What we are likely to see in the next few years, therefore, is complexity migrating back to that edge.

An independent management network should provide a secure alternate access path, including the ability to quickly re-deploy any software and or configs automatically onto connected equipment if they need to be re-built, ideally without having to send an engineer to site.

For large scale deployments it is also worth considering agile network operations, using automation tools for provisioning new sites or for adding extra capacity over time.

Today, as we have seen, edge computing is indispensable for many IoT scenarios. And that in turn means that as organisations scale out their IoT networks at the edge, they will need to put in place network monitoring and management tools to support business continuity. It is consequently all the more important that businesses use the best, smartest solutions for the implementation.

A key element of that is likely to be a manageable remote Smart OOB solution that simplifies dealing with a dispersed network and provides true network resilience, including the ability to detect issues sooner and remotely resolve and remediate them faster when they occur.