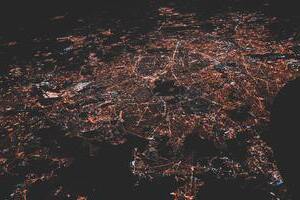 Across the globe, smart technologies are introducing new efficiencies for the way cities operate and improving the quality of life for city dwellers.

With the UN predicting that 68% of the world’s population will live in urban areas by 2050, cities must evolve to accommodate these ever-increasing densely populated urban areas.

The ‘smartest’ way to maintain a balance between well-being and sustainability, says John Morrison, SVP of international markets, Extreme Networks, is to implement a smart city initiative. So how do you create a smart city?

Smart cities utilise technology to effectively manage a city’s assets and resources, which in turn improves the quality of services provided to residents. The backbone of any smart city is its network. Without a strong and functional network, the technologies that make a city ‘smart’ would be redundant.

And if that network were to be breached, the whole city could collapse. It is therefore essential that a secure and segmented network is at the core of every smart city, to not only guarantee seamless usability but also safeguard against potential breaches.

But inevitably as the number of connected mobile and Internet of Things (IoT) devices continues to grow, so does the number of potential vulnerabilities to be exploited; increasing the risk of cyberattacks. To avoid costly errors, cities that are shifting towards becoming ‘smart’ must consider the importance of deploying a secure, robust, software-driven infrastructure.

One of the easiest and most efficient ways is to establish multiple levels of access, thereby ensuring each user is segmented and contained. Segmentation of a network enables cities to create private virtual networks which allow critical services to be protected and isolated without any IP connection in or out. Taking such steps will both transform the user experience and ensure the network is secure and reliable.

With the increased number of IoT devices, the potential attack surface significantly expands, creating entirely new vulnerabilities to protect against; but this does not make a network inherently insecure. Preventative measures can be put in place to ensure your city is not vulnerable and gaining full visibility to your network data is a key way to do this.

Gaining full visibility, control and security over the IoT devices connected to the city’s network will ensure that it can seamlessly function while remaining protected from potential cyber attack.

Our work with the City of Memphis is an example of how to make a smart city vision a reality. With its footprint of roughly 324 square miles and population of 1.1 million residents, it faced challenges with delivering effective public transport services across the city.

To solve this, we partnered with Memphis to deploy a smart, flexible network that helped its 90-person IT team manage the city’s infrastructure and lay the groundwork for a future-forward, resilient transportation system that seamlessly moves people, traffic, and cargo.

By gaining full visibility, control and security over its IoT devices, the city is seamlessly continuing in its digital transformation efforts and is able to segment its network according to traffic type and create private virtual networks to protect and isolate critical services.