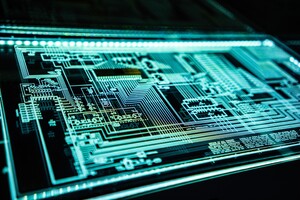 Only a couple of years ago, Internet of Things (IoT) manufacturers were primarily concerned with hardware not software. Today, says Richard Hayton, CISO, Trustonic, IoT appliances have changed drastically, with software taking prominence and growing in terms of consumer-related applications.

Nowadays, the term “IoT” is mainly used for consumer-focused applications: these include connected vehicles, wearable technology and connected health, amongst other applications. According to Statista, forecast figures suggest that the IoT market for end-user solutions will grow to around US$1.6 trillion (€1.31 trillion) by 2025.

However, end-user solutions is not the only market for the Internet of Things. Organisational and industrial applications of IoT devices are also on the rise, especially within the manufacturing and healthcare sectors.

As the breads of IoT applications expands, there is an increasing need to reuse both hardware and software platforms. Software re-use, while it may have positive aspects, increases the security impact of any vulnerability that can be exploited. A library or subsystem designed for one use case, may be reused in an application the original author had no foresight of.

The industry is learning fast and “secure boot” and “secure software update” are starting to become more commonplace. Whilst these techniques are important, they are not a panacea. Especially for when devices store or enable information of high value to an attacker, such as sensitive personal data, or access credentials to data stored elsewhere.

Secure boot and security updates provide a first level of defence, but from a security perspective it is best to assume that this defence will sometimes be breached. If these are the only defence, then once breached, any data on the device is lost, and the attacker is free to abuse the device to attack elsewhere.

A broader approach to security is to provide multiple zones or environments for the software on a device to isolate and protect them from attack, and to reduce the impact of a successful attack. Some environments those storing or manipulating sensitive data will be specifically designed with security as the primary aim.

Technologies provided by modern chipsets, such as Arm TrustZone, can provide an isolated zone that is protected by the CPU hardware and secure boot, and that remains secure, even if other parts of the device are compromised. Trusted Execution Environments built using this technology are designed with a “defence in depth” approach, focusing on code that is cryptographically signed, and APIs certified by independent bodies against attack. Software running in such environments can also prove their legitimacy to external cloud servers, making it far harder for an attacker to subvert the broader IoT ecosystem.

For an individual, a cyberattack via their devices can be devastating, stealing personal data, and potentially enabling identity theft or broader criminal activity such as abusing payment credentials stored on an IoT device, or using a breached device to attack other devices in a home network.

For a device manufacturer, and for the industry as a whole, attacks can have even larger impact. Once consumer trust in a brand is lost it is very hard to regain, and consumers will rapidly dismiss brands, or entire product segments if the risk/benefit trade-off does not seem reasonable. This statement is even more true of regulated markets, such as medical or commercial IoT, where regulators are quick to act if a product is found lacking.

In the past, security was not a buying decision. That is changing. Regulators across the globe are requiring some basic hygiene for Consumer IoT such as secure boot and removal of default passwords. This is a great start, but it is undoubtedly only the first step and, as discussed above, is only one part of a security strategy. The industry can expect future regulation, but really what is needed is a move from security as a tick box to security as an integral feature of the product.