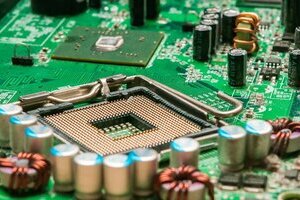 UK organisations are being challenged with connectivity, device deployment and rollout to a greater extent than their US counterparts according to a new State of IoT Adoption Study published by global IoT connectivity specialist Eseye.

The Study was undertaken by independent research organisation, Opinion Matters, among 250 UK and 250 USA-based senior decision makers and implementers of IoT strategy within five vertical markets. It explores the current state of IoT adoption; the challenges, opportunities and untapped potential of IoT; the impact of COVID-19 and how this has accelerated adoption; and the criticality of intelligent connectivity to fuel future growth.

IoT at a tipping point

The Study found the larger the project, the faster the acceleration as organisations embrace IoT. The more devices respondents have in the field, the more they are planning to deploy in the coming twelve months. This indicates a tipping point in IoT projects in terms of scale. However, of 250 UK respondents only 8% had deployed between 10,001 devices and 100,000 in the field and only 2% had deployed more than 100,000 devices.

IoT projects are undertaken by innovative organisations to disrupt traditional business models and deliver tangible business benefits. When asked about the benefits their IoT initiative has or is predicted to deliver 36% of UK respondents said it increased profit, 34% said it enabled the business to enter new markets, 34% said it helped to reduce costs and 29% of respondents said their initiative was aimed at delivering new lines of business.

Nick Earle, CEO, Eseye comments, “Is IoT finally coming of age here in the UK? Certainly, our results indicate that there is a level of maturity and an eagerness to fuel adoption plans here in the UK. Surveyed UK companies see IoT as a way to increase profit and reduce costs as well as disrupt business models and introduce new product lines.

However, adoption is not without its challenges. We know security and connectivity have been an issue for businesses rolling out large-scale IoT projects. To this point cellular connectivity was a far bigger challenge for UK respondents than USA, with 41% saying it was the biggest hurdle they had to overcome versus 29% in the US. This is likely down to the fact that UK respondents are more multi-region with deployments than the USA, where deployments still tend to be national and focused on the domestic market.”

Cloud and remote access were cited as the top technology drivers by 48% of UK respondents which, given the events of the past year, is not surprising, as many businesses look to accelerate their digital transformation plans with IoT initiatives. 5G was the second highest technology driver for UK respondents with 42% compared to 35% in the USA where respondents rated LPWAN technologies (45%) and Intelligent Edge hardware (44%) higher.

As the UK market matures and more organisations embark on multi-region rollouts, the importance of intelligent connectivity is growing. UK respondents were asked to what extent they agreed or disagreed with the statement, “I think the evolution of intelligent connectivity is going to be critical to continue to fuel adoption of IoT?” Overall, 81% of all UK respondents either somewhat or strongly agree with this statement. 33% strongly agree with this statement compared to 21% of respondents in the USA. In fact, nearly one-quarter of USA (23%) of respondents were ambivalent towards this statement, neither agreeing nor disagreeing.

Earle continues, “UK organisations are clearly determined to overcome the challenges they’ve identified, with 91% planning to increase budget, more than eight out of ten stating that IoT is a priority for the business, and over half of UK respondents planning future IoT projects. Therefore, IoT adoption is well under way and the pandemic has negatively impacted plans less here in the UK, with only 19% cancelling projects compared to nearly a third in the US.

With that maturity comes challenges and certainly device onboarding and rollouts was cited as more of a challenge by UK respondents than USA. Likewise, 5G is definitely more on the radar here in the UK than the USA, which isn’t surprising as the UK was one of the earliest countries to officially commercialise 5G.”

Eseye’s State of IoT Adoption Report offers detailed analysis of the IoT challenges and trends affecting businesses in the UK and USA, and examines the variation between vertical markets including, Smart Vending; Supply Chain and Logistics; EV Charging and Smart Grid; Manufacturing; and Healthcare and Medical Devices. It contains recommendations for actions and strategies that organisations should prioritise to improve business outcomes and the value derived from such initiatives.