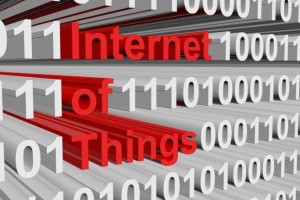 We all know about the predictions for multiple billions of “things” being connected over the next few years, but are Internet of Things (IoT) networks delivering what they promised? Here, business technology journalist Antony Savvas considers some new research.

Whilst many enterprises seem to be going down the IoT path to aid connectivity and help their data analytics, the results seem to be patchy, so far.

According to research commissioned by IoT connectivity specialist Eseye, three-quarters of enterprises who have embarked upon an IoT initiative in the last 12 months have been left somewhat disappointed.

The study was undertaken among 500 UK- and US-based senior decision-makers and implementers of IoT strategy within five vertical markets. It found that 77% were “at best only somewhat successful in meeting expectations and realising benefits”.

That’s not a ringing endorsement for IoT, and communication service providers (CSPs) active in the IoT services market will be keen to find out what they can do to help improve results.

The research found that cellular IoT deployments had still not reached “anywhere near critical mass”, with most respondents (88%) having deployed fewer than 10,000 devices in the field.

Despite the difficulties though, 86% said IoT was a “priority” for their business, and 49% are planning further projects in the next two to three years.

Indeed, 9% are planning budget increases for IoT initiatives, with just under half (44%) planning to boost spending by between 51% and 100%.

So that’s particularly good news for those increasing numbers of CSPs that can bundle consulting, hardware, software, security and ongoing management of systems in the IoT space, either all in-house or through ecosystem partnerships.

Nick Earle, CEO of Eseye, believes there’s no going back. He says: “There have been a number of false starts with predictions a decade ago that were clearly overstated. Fast forward to 2021 and Covid-19 has accelerated IoT trends that were already underway as large enterprises move from experimenting to understanding how to deploy IoT.”

The deal follows its other recent acquisitions in Europe that include Arkessa, New Line Mobile, Datamobile and Com4.

Milan-headquartered Things Mobile is a managed service provider that delivers connectivity for international customers across a wide range of IoT applications, such as energy, eHealth and micro-mobility.

Things Mobile’s team and network will be added to the Wireless Logic cellular footprint that is said to “add a new thing, device or asset every 18 seconds of every day”. [I wonder who holds the stopwatch at the company?].

Wireless Logic certainly seems to have the breadth of reach demanded by global companies. It claims to have more than 7 million active IoT SIM subscribers across 165 countries, with collaborative partnerships that provide connectivity to more than 750 global networks.

It also has the backing of Montagu Private Equity to support the aforementioned deep pockets and enable continued growth, with the investment firm having over €8 billion in assets under its management.

Telcos for a long-time have been calling for a “level playing field” when it comes to regulatory regimes that cover communications and content.

They aren’t happy that rules applying to them in relation to service availability, pricing and competition, for instance, aren’t always applied to “big-tech” companies like Amazon, Google, Microsoft, Facebook, Apple and others.

Big-tech has increasingly taken market share from telcos in data communications and its bandwidth-heavy over-the-top content is piggy-backing on the networks that telcos/communication service providers have built at great cost.

Not only that, big-tech is able to scrape the bulk of customer data that goes over those networks, almost unhindered, to help these companies grow even bigger.

Big-tech has also been accused of possessing undue political power and technical hegemony in many markets through buying up multiple start-ups that could potentially create competition.

US president Joe Biden has now threatened in an executive order to “vigorously” enforce anti-trust laws, which many believe big-tech has unfairly avoided despite holding massive market power.

The US Department of Justice (DOJ) and the Federal Trade Commission (FTC) are now expected to do the president’s bidding on anti-trust matters in a meaningful way. Already, it looks like the FTC will be taking a very close look at Amazon’s proposed takeover of MGM for $8.45 billion (€7.16 billion).

Biden recently appointed a lawyer, Lina Khan as chair of the FTC. Because Khan has previously criticised the way big-tech has operated, both Amazon and Facebook have already formerly requested that she does not have any involvement in FTC cases looking into the way they operate or have operated in the past.

If every judge or legislator was excluded from doing their job as a result of opinions they expressed before being appointed, we wouldn’t have a legal process. Their ultimate decisions have to be backed by the law and sometimes legal precedent.

Biden should tell Facebook and Amazon where to go. There were once a couple of all-powerful US companies called Standard Oil and Bell System … before they were broken up by the US government.