Home › IoT News › Couchbase in IPO, lists on Nasdaq under BASE ticker 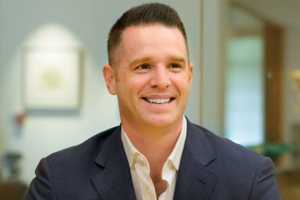 Couchbase has entered its next chapter as a publicly traded company, having begun trading on the Nasdaq under the ticker symbol “BASE.”

According to the company, this reflects Team Couchbase’s hard work, dedication to serving its customers and consistent track record of success. According to CEO, Matt Cain, “It’s also a positive reflection of the bright future we have ahead of us as we move forward in our mission to empower enterprises to develop, deploy and maintain their most mission-critical applications by delivering a high-performance, flexible and scalable modern database.

Couchbase was reportedly built to enable and run the core applications that enterprises depend on to run their business. Says Cain, “When Steve Yen and the founding team started Couchbase, they chose to focus on the hardest part of the technology stack the database. Their goal was to build a better, more agile, more flexible, high-performance database. Attacking hard problems runs deep in our roots as the founding team had to attack some of the most difficult computer science problems in the industry to build the Couchbase platform.

Couchbase was originally based on an open source project and data protocol called Memcached that allowed users to keep their data outside of their legacy relational database systems and access their data at super high-performance speeds in a flexible way. The team also adopted a data format called JSON, which was growing rapidly in popularity at the time. They took JSON, melded it with the SQL query language and the foundation of today’s modern Couchbase database was born.

In addition to specifically architecting a differentiated platform from day one, it was also important to build a company that serves customers the way we would want to be served.

As Matt Cain, CEO of Couchbase says, “Today marks a significant milestone for Couchbase. The founders of our company set out over a decade ago to build a platform architected to solve our customers’ most difficult database challenges from scale to flexibility to deployment. Since then we’ve distinguished ourselves as a company that grows alongside our customers, taking innovation and modernisation into consideration, and empowering them to build, manage and operate mission-critical applications at the highest level of scale and performance.

“With over 500 customers across more than 50 countries including many of the world’s largest enterprises I couldn’t be more humbled to celebrate our public market debut. I want to thank our employees, who embody our company values every day and remain committed to making tomorrow better than today. And, says CEO Cain, “a special thanks to our customers, partners, and investors, for their belief in Couchbase and for making today’s IPO possible.”