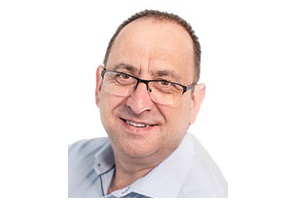 As younger workers enter the manufacturing sector, it is imperative that manufacturers enhance their digital transformation initiatives if they want to attract the best talent. This is according to Jason Chester, director of global channel programs at InfinityQS.

To become more agile and competitive, manufacturers need to accelerate the adoption of emerging and maturing technologies such as the Internet of Things (IoT), Artificial Intelligence (AI), automation, analytics, and cloud computing. This will give rise to the evolution towards smart factories that are driven by data and intelligence, rather than merely sweat and labour, which will be key in attracting the right talent.

Jason comments, “Young people who are now entering the industry don’t want to be performing manual and laborious tasks on the production line, they would rather spend their time working with modern data analysis tools that can quickly convert critical shop-floor data into actionable insights to optimise their operations. However, despite the pandemic accelerating digital transformation initiatives across the world, the manufacturing sector is still lagging behind in comparison to other sectors.”

A recent study conducted by InfinityQS showed that 75% of manufacturers are still collecting their data manually, with nearly half still using paper checklists to record information.

Jason continued, “It’s not that manufacturers are outright refusing to embrace digital transformation but they are resisting due to fear of failure, change management, and perhaps the biggest problem lack of talent. After all, if you introduce these technologies, you need people who understand how to use them effectively, so it’s a Catch-22. The solution that I propose is to think less about the now and more about the future of manufacturing.”

“The new manufacturing workforce are tech-savvy individuals who are used to having information at the click of the mouse or tap of the screen. Whereas previous generations needed to get comfortable with technology, today’s workforce has grown up with it. They expect to have the same real-time access to information on the job, on computers and mobile devices, not papers and checklists.”

Recently InfinityQS conducted its 2021 Annual Customer Satisfaction Survey which revealed that 52% of respondents have already or are exploring the option of adopting digital transformation initiatives.

Jason explains, “This shows that the increase, or planned increase, in digital transformation is largely down to the impact of Covid. What was once a long-term strategic vision became an urgent and necessary tactical response to the Covid firefight and while it’s great to see this increase, many manufacturers often write off an investment if it doesn’t show an immediate, big return.

“Manufacturers need to now truly capitalise on these new digital environments. To do this they must invest in, and recruiting new talent, into the workforce that can drive even greater levels of innovation. It is vital that manufacturers see this as a long term and permanent endeavour and not one that turns into a missed opportunity,” concluded Jason.