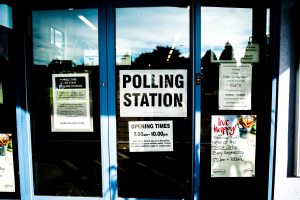 Even the way we vote in elections may be impacted by blockchain.

While the telecoms sector is yet to fully embrace blockchain technology, Jonas Lundqvist, CEO at Haidrun, says that the arrival of private blockchain may change that and unlock a massive potential for telecom service providers to create new businesses and revenue streams.

With the constant stream of news headlines around Bitcoin, you would be forgiven for thinking that cryptocurrency was the only noteworthy application of blockchain technology. And yet, blockchain goes far beyond virtual money, with emerging applications in the technology, media and telecom (TMT) sectors that could reap massive returns for telecoms providers.

Blockchain is essentially a digital system of recording information and transactions that is impossible or at least extremely difficult to alter, cheat or hack, and it is already changing digital concepts such as ownership, privacy, uncertainty, contracts and collaboration.

It is disrupting sectors as differentiated as financial markets, content distribution, supply chain management, the delivery of humanitarian aid and even the way we vote in elections. We are now set to witness its potential in opening up a new wave of telecommunication applications.

Many telcos slow to embed blockchain

Telecoms has always been at the forefront of embracing disruptive technologies, but the sector has yet to embed the power of blockchain technology in the next phase of its evolution. While major telecom operators such as Telefonica, Swisscom and AT&T have invested in public blockchain-enabled start-ups and are beginning to develop their own operational projects, none of this is yet at significant scale. But the adoption and integration of private blockchain architecture creates the opportunity for telcos to deliver and support secure, high-value services that can be monetised through existing networks.

Blockchain and its robust data security allow TMT markets to develop products and services that have been held back by a lack of data and payments security in the digital space. These applications include hot-ticket areas such as digital rights management (DRM) in the entertainment and content sectors in which, for example, a scalable DRM blockchain model would allow only authorised users access to digitally watermarked copyright material. Other applications include smart contracts, secure tracking of devices such as network servers in the home, domain name system services processing, royalty tracking for streaming services, as well as device identity management and security for Internet of Things (IoT), Edge and 5G services.

Ultimately, private blockchain enterprise solutions create revenue by enabling new and direct relationships that can be safely developed without the need for intermediaries. In the case of 5G mesh networks and IoT connectivity, where entrants disrupt the ecosystem and existing partnerships will be re-defined, a platform for trusted collaboration is essential. Private blockchain platforms simplify the process. making it more secure, transparent and efficient.

It pays to be private

Although the mechanics of blockchain are extremely complex, the basic idea is simple: to decentralise the storage of data so that such data cannot be owned, controlled or manipulated by a central actor. Blockchains come in three flavours private, public and hybrid with the private blockchain already mentioned being the most appropriate aspect of the technology for commercial enterprise in the telecoms sector.

This is because private blockchain is a type of database where a single authority or organisation ultimately retains control. And although this raises the question as to whether private blockchains are aligned to the original core concepts of the technology, fundamentally this is of less importance than the fact that blockchain technology delivers a distributed database that provides a single time-stamped version of the truth.

It then uses mathematical and cryptographical techniques to provide trust and security rather than through third parties and relies on an accessible and open user structure to confirm all is well. While private blockchains adhere to the principles of public blockchains, they offer all the distributed benefits and retain some overall control to improve privacy and eliminate many of the illicit activities often associated with public blockchains and cryptocurrencies.

No one can enter this type of network without proper authentication. Private blockchains are, by definition, ‘permissioned’ and are more suited to enterprises due to factors such as performance, accountability and cost. The private blockchain platform can be run and operated by the enterprise or as a service called Blockchain as a Service (BaaS). They are usually set up for reasons of privacy, where it does not suit an enterprise to allow every participant full access to the entire contents of the database.

Private blockchain platforms focus on organisations in which the blockchain empowers and supports the business rather than the individual users. In contrast, public blockchains are fully decentralised where, in addition to the distributed database, there is also no single entity in overall control.

They typically but not always involve their own cryptocurrency and anyone can download the software, view the ledger and interact with the blockchain. Public blockchains attempt to preserve an individual user’s anonymity and treat all users equally. Hybrid blockchains, as the name suggests, are a mixture of the two, with one foot in each of the public and private camps.

When it comes to safeguarding a company’s sensitive information, using private blockchains is the preferred option for many enterprises, especially as they will also need to demonstrate full accountability often via external audits on the running and operation of their systems. Private blockchains can provide a much higher degree of regulation, determined and set by the administrators in line with their industry’s regulatory codes.

Importantly, private blockchains do not need to use cryptocurrencies or native tokens for the network. Any association with cryptocurrencies, good or bad, is not part of the private solution. All of which means that, less energy, fewer resources and fewer participants are required to run the private blockchain, resulting in reduced cost on a far more predictable scale.

Arguably, a private blockchain with a centralised authority could be more prone to data security breaches. However, identity management and pre-determined access to the data and transactions enable private blockchain administrators to control who sees what type of information and under what circumstances.

Many enterprise networks already have robust security structures, such as datacentres or secure services and are designed to expect attacks and yet remain secure. For the telecoms sector, adding private blockchain provides a different level of security and a new enabling technology that is set to have a major impact over the next 10 years.

The author is Jonas Lundqvist, CEO at Haidrun.