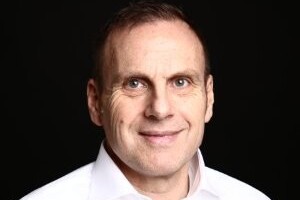 Any conversation about enterprise software and its target functions (in this case billing) always comes in one of two flavours, theory, and practice. With revenues from traditional telco services eroding rapidly (for example look at the disruption of SMS revenue streams by WhatsApp), communications service providers (CSPs) are increasingly reliant on being able to move quickly beyond the theory to enabling and monetising new services and service bundles quickly and cost-effectively.

How often have you heard a telco CEO say their number one frustration is slow times-to-market for new services that could increase their competitiveness? Or wonder how to best go about capitalising the digital opportunity?

The theory is all good but there is a major problem. Legacy Business Support Systems (BSS) for CSPs remain costly, inflexible, monolithic, and time-consuming to change, says Keith Brody, VP marketing at Evolving Systems. While there have been advances in recent years to address this reality, are they coming quickly enough? At a time of rapid evolution in both the network and network-born services, this question demands an answer.

And it’s one issue that software providers aren’t necessarily helping to solve. If they acknowledge it at all. Many vendors hide behind an “assumption of complexity” argument with which some readers may be familiar. Here, they claim that while next generation BSS may appear costly and constrained in terms of delivering fast times-to-market, such a reality is inevitable given the speed of service change in the industry itself, particularly where new services can be ever more complex than their predecessors.

On close examination though, the complexity argument is quickly exposed as the red herring it is. While some emerging mobile CSP services are indeed complex in terms of things like the partner chain that needs to be settled and the parties that need to be remunerated, the vast majority are based on straightforward paradigms which require only a simple, or lean IT approach; ironically (given progress in services), one that is often simpler than the legacy BSS system that needs to be replaced was designed for.

The question, then, that the CSP faces is what’s the alternative to legacy and what to do about reaching it? One school of thought says that by re-distributing some traditional functions to new locations in the BSS stack, new services can rapidly be enabled and monetised without de-stabilising legacy infrastructure. This sort of “service control” can benefit the operator by mitigating the risks commonly associated with IT change and reduces times-to-market in the process.

To illustrate the point, let’s look at a specific scenario. More and more services today are based on bundles, and in such cases rating only needs to occur at the point when usage “crosses” the bundled offer. This potentially causes a split between bundling and rating where both may become independent modules within a BSS and each can be optimised separately according to market forces.

In this Use Case, counting for the bundle doesn’t have to fall within the costly billing domain, rather it can be handled within data management applications. The value here includes complexity reduction, storage reduction, and reduced load on downstream pricing/rating/billing applications as the majority of the usage records will be handled in a pre-processing step, thus becoming an offloading function.

Should different architectures like this be considered? I’d argue yes. For one thing, the simplification and commoditisation of IT architectures generally is inevitable. Cost reduction is and will continue to be a major driver, as is the need to lower reliance on single, complex software systems.

Market forces drive costs down in a modular architecture, as each module is independent and can be individually commoditised. Given the reality that the vast majority of usage records related to common services require little more than simple rating, the logic is obvious. Counting outside the billing/OCS application can be LEAN and cost-efficient. Data Management and processing platforms, unlike other applications, are inherently flexible and therefore easy and quick to adjust and able to enable new services when they are placed in the control path.

The force of the argument explains why a growing number of operators are thinking outside the legacy box. This reality is global; operators from Europe to Asia to North America have already deployed new approaches.

Furthermore, CRM and Product Catalogues must become key components as they hold all data for customers of value. Service providers will almost certainly have a growing reliance on these systems, making them difficult to replace. In such a context, the orchestration module that manages the control and information flow between other modules is critical. Changes to configuration made here rather than elsewhere in the network layer (where change is more costly) makes abundant sense.

Where cost for the network is steadily decreasing while OSS/BSS OPEX and CAPEX are fixed and thus form an ever-larger percentage of their total cost base, change is essential. Innovations within the enabling stack are, thus, inevitable.

The author is Keith Brody, VP marketing at Evolving Systems.