Home › IoT News › What does SpaceX’s acquisition of Swarm say about space IoT? 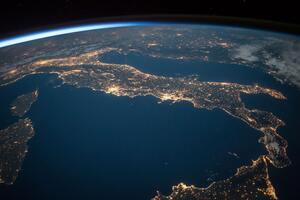 SpaceX is notoriously quiet when it comes to mergers, and so it came with great surprise that a company had been acquired by the spaceflight company and that company was one that deals in the Internet of Things (IoT).

CNBC highlighted the early August deal, in which US$85 million (€71.75 million) was handed over for Swarm, who provide satellite-linked home IoT. This particular niche is something not well explored in the world of future space travel, says freelance technology writer, Jocelyn Brown, and gives a heavy nod towards the role that IoT will play in space exploration and tourism.

The race for space tourism began many years ago, of course. In 2001-2009, the Russian space agency hosted seven trips for multi-millionaire tourists to visit the International Space Station (ISS). However, in recent years the focus has switched to all-in space tourism, that will allow people from a range of budgets to get into space.

Companies hope to be able to offer full-family space exploration by 2030. IoT is key to this; the tourist industry thrives on IoT, from the devices that take photos to the connectivity of wearables and hotel gadgetry. It’s crucial that this works in space, and huge post-orbital infrastructure is already in place. The World Economic Forum notes the presence of over 1,600 satellites in orbit; 61% provide IoT and communications uplinks. The continued performance of these satellites is crucial, as is the need for it to be able to connect.

Tech Target highlights the work of low-power satellites in generating IoT networks across the lower to upper orbit. Generating low-power WAN (LPWAN) will enable better use of devices across theoretical space stations and spacecraft of the future, once again reducing reliance on old tech and workarounds. This will undoubtedly benefit the tourism industry when they head out into space, but it will also influence terrestrial-based IoT considerations. IoT coverage across the world is not an even matter, and space-based applications may help to change this significantly.

For the time being, the power of IoT in space is largely in enhancing experience on the ground. The IOT Tech Expo highlights work conducted by the EU’s Internet of Things Everywhere on Earth (IoTEE) project, which uses the relatively lower technological constraints of space-based IoT to provide extended coverage on earth.

This includes filling in gaps across the world where there is no IoT coverage and conventional connectivity tech is unlikely to create an improvement. This is helping humanitarian causes Forbes have noted the positive impact of IoT satellites in sub-Saharan Africa, where anti-poaching units are more readily able to track just where endangered animals are and will be going in order to protect them.

IoT placed into space-based craft is going to be revolutionary in tourism, in connectivity, and even in places that need the aid of technology to help aid just causes. With tiny satellites able to provide the flexibility to power a network, things are set to become even more exciting.